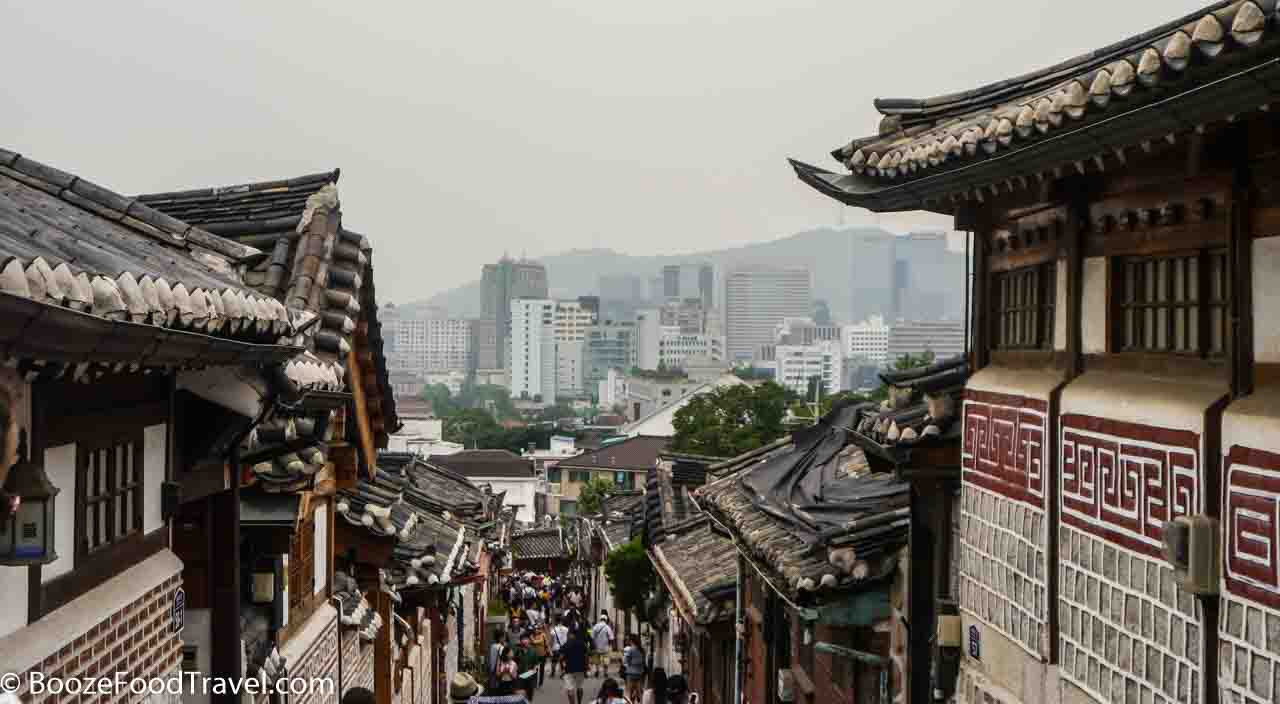 “To understand just one life, you have to swallow the world.”
― Salman Rushdie, Midnight’s Children

On I walked, though my feet were tired, through the daylight and into the dusk as the city changed its attire — the bright openness of the daytime with light gleaming off the architectural wonders to the evening sky illuminated by colorful artificial light and temporary structures hawking wares and wafting aromas to the crowds exiting offices and subway stations. 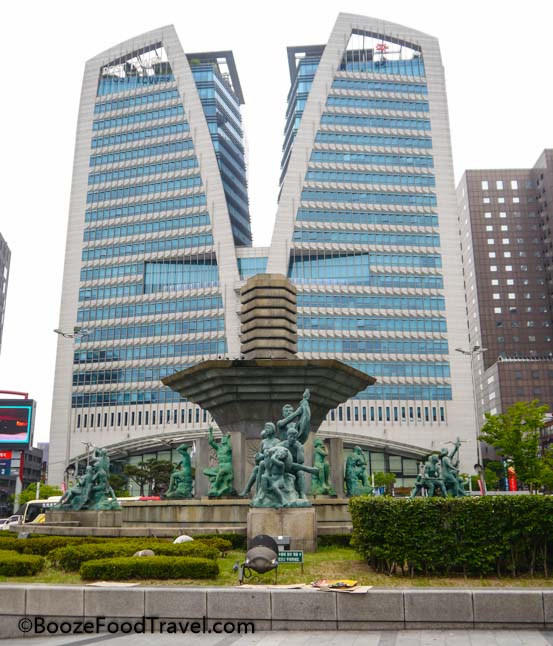 It was a ritual of sorts during my time in Seoul. I walked every day — most days I wandered the same route from my tiny efficiency Airbnb apartment to Dongdaemun, a shopping area surrounding a Zaha Hadid-designed alien-like structure built on an archaeological excavation site. As my time in the city wore on, I ventured out in other directions in the evenings and found new residential developments with little bars and restaurants. But I almost always wound up at the same little bar near my apartment for a beer while I read before heading back to the closet I called temporary home.

I walked more in Seoul than anywhere else, possibly in my life thus far. I had to buy new shoes because I wore mine out. It wasn’t just because I was going hiking, though the city is home to some amazing trails.

On weekends I took the subway to sightseeing destinations and then decided to walk back to my apartment to get a sense of what was around — it’s a more interesting view from street level than it is underground. After tracking one particular day out, I found that I had walked over 10 miles, not including the time spent wandering around a couple markets.

Seoul is not known as a walkable city — there’s a reason it has an extensive subway system that stretches out to Incheon. There are, however, some stations that are near enough that opting to walk seems prudent. And it is a better way to get to know the city — the shops along the road, the restaurants and bars, and the occasional confusing English signs.

While it may not have the fashion reputation of Tokyo, Seoul also has its own style in different neighborhoods — and some of the fashion may be shocking and/or confusing, such as the young women who brought a mobile changing room onto the subway (it wasn’t Halloween).

At nearly every turn through the city I discovered something, though I didn’t always know where I was and likely would forget to return the following days as my wanderings took turns down other streets. It was the sense of the new that kept me wandering.

After two months, I had found routine in wandering through streets that once overwhelmed me. There was familiarity in places that pushed me down new roads to discover surprises that lay waiting. What I found was a city that I loved.