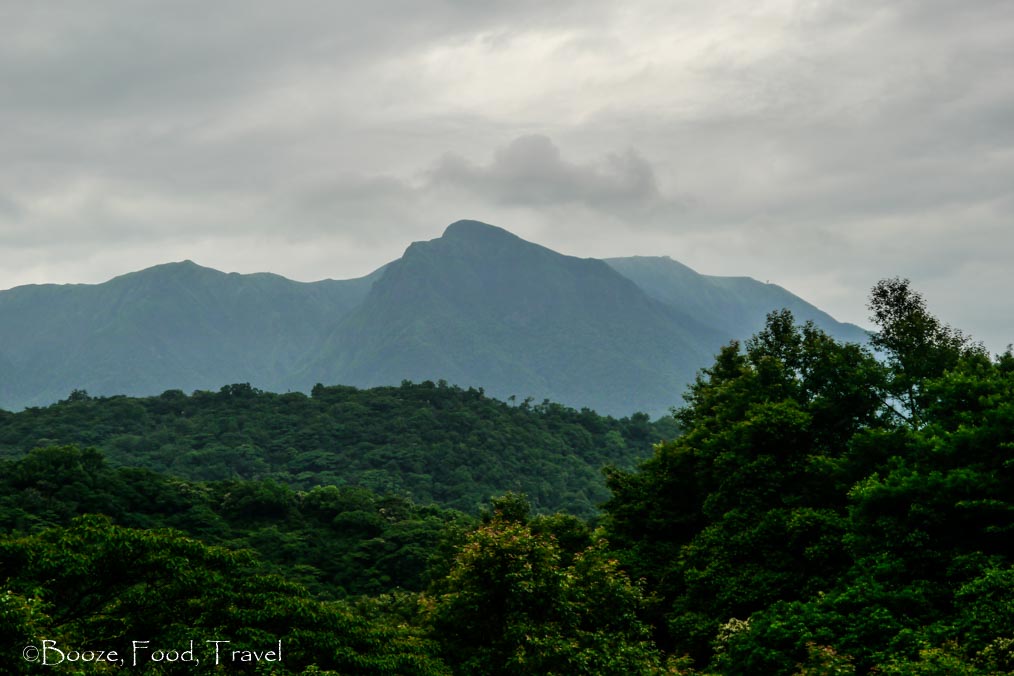 “Thanks to the long days of rain, the blades of grass glowed with a deep-green luster, and they gave off the smell of wildness unique to things that sink their roots into the earth.”
– Haruki Murakami, The Wind-Up Bird Chronicle

I haven’t had much luck with hiking through Yangmingshan National Park — it’s a beautiful area with a lot of great hiking. I just tend to choose the worst possible days to go there. My hike up Qixingshan in the park was hampered by clouds (I don’t think I can call it fog at that altitude), and my second attempt suffered the same weather conditions. But I had a three-day weekend and a hiking companion for one last attempt through other parts of the park.

We took a bus from Taipei far into Yangmingshan — I usually got off a few stops past the visitor center, where you can still see the city. We got off the bus in an area with no other people and had to find the small hotel we booked (the hotel was nothing to write about, but it did have outdoor hot springs that were covered from the rain).

After getting a little bit of directions, we headed out on our hike without a firm plan of where to go. There wasn’t a specific mountain or scenic area nearby that we knew of or a trail that pointed in the direction of one. We followed the road through Yangmingshan and turned off when we saw what appeared to be a trail.

The day started out alright — it was an overcast day and not too hot, but still humid. As we found a trail, we walked a ways before it started to rain. We headed back to a sheltered area to attempt to wait it out. Neither of us had an umbrella, but we had light water-resistant jackets.

When it looked as though the rain would let up, we headed back out on the trail, not knowing our destination. All we found about the trail was that it was the Jinbaoli Trail — neither of us bothered to check our phones for information. There were a few signs along the route, but it didn’t provide us with any information about the difficulty of the trail or whether it looped back to where we began. We assumed that a few miles would be easy enough to walk back.

After about an hour of hiking, it began to rain again. This time there was no shelter. Rather than head back, we decided to continue with the hope that shelter was ahead. We didn’t know how far ahead that shelter was. 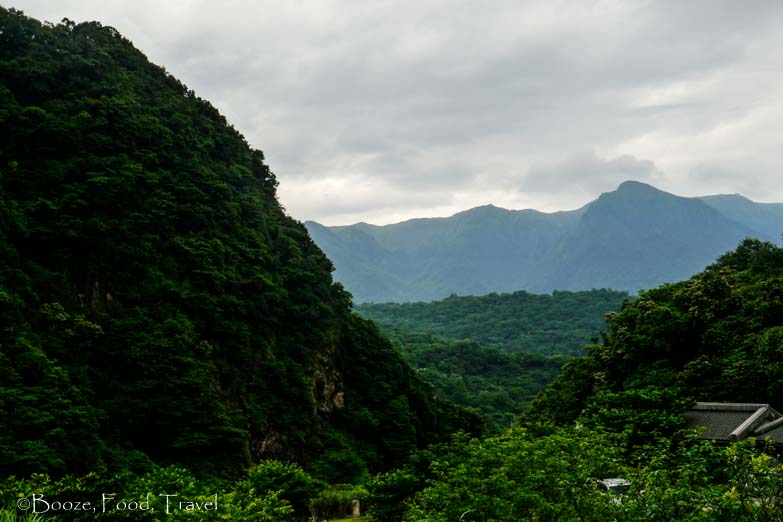 The rain wasn’t heavy — it was more of a thick mist that drenched us. I was more concerned about my camera than anything else. We wondered how much longer it could be before we found shelter — I didn’t expect any trails to be such a distance unless it was a hike up a mountain like Qixingshan.

As the rain grew heavier, I hid my camera beneath my light jacket. I was unable to take more photos as I was focused on finding a dry place.

We ended up at Qingtiangang Grassland, a popular scenic area with a nice visitor center in which to dry off. By the time we arrived, it had started to pour. We attempted to wait out the storm in the visitor center with the rest of the day-trip refugees. It was crowded and difficult to claim a seat anywhere. We checked the bus schedule to see when we could rush outside to catch a ride back to the hotel.

We waited around for more than an hour and boarded a crowded bus that dropped us off a bit of a walk from the hotel. Exhausted, we opted to eat dinner at the hotel instead of taking a taxi or infrequent bus ride into Jinshan, the nearest town. It was a quiet evening and prepared us for an early morning to head out to Jinshan, though it might have been better spent with another day in Yangmingshan.