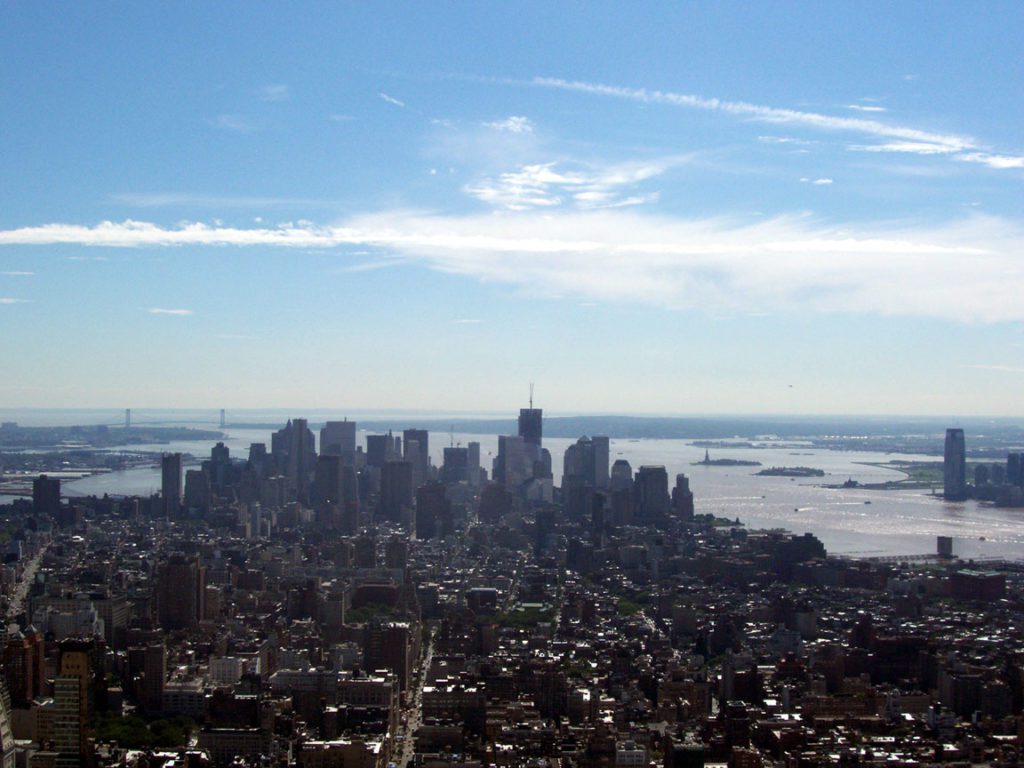 This is the first of what I hope to be many Friday Photo posts. This one comes with a longer story than most will.

A few months ago, a friend from college came to visit for a weekend. I decided that we could spend the day in Manhattan, walking along the Highline Park, which is one of my favorite walks in the city. We splurged on our ticket so we wouldn’t have to wait on an extended line (even though the crowd the was light that day). Included in our ticket was a virtual “aerial” tour of New York City. The low-def film was narrated by Kevin Bacon (a role he probably tries to forget). It was quite cheesy and we couldn’t understand why the director made a point of showing off the 59th St. Bridge (didn’t it collapse in that Simpsons episode?).

Fortunately, we had a great clear day to view the city from the observation deck. The photo in this post is of downtown–you can see the construction of the new Freedom Tower/World Trade Center. I also got part of Jersey City in the picture off to the right.