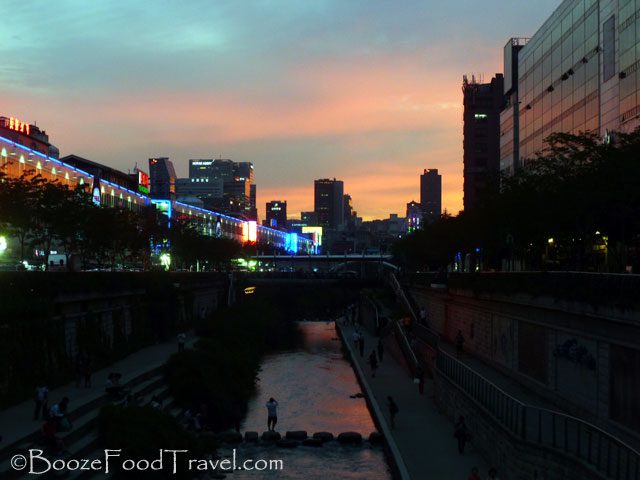 After six months of hopping around East Asia, I’m finally feeling a bit out of my element here in Seoul. I can’t pinpoint the reason for this feeling — maybe it’s the exhaustion of moving so much and living out of a small suitcase, or maybe it’s just a natural cycle after six months. I don’t feel homesick, but I do miss a lot of the comforts of home (familiar bed, big kitchen, gym, food labels I can read). Whatever the reason, I’ll deal with it and stay in Korea for the next two months (whether I spend the entire time in Seoul is up for debate).

I didn’t feel much in the way of culture shock before because I always had something that felt familiar to ground me in each destination. In Tokyo, I recognized Kanji from years of studying Chinese — despite not understanding how to say anything, I could recognize meanings. In Vietnam, There was a lot of English and some shared culture with China. I don’t count Cambodia because that was vacation and I was only there for a week. And in Taiwan, everything felt familiar, though that can be attributed to the years spent in China.

Now, I’m utterly confused in Seoul. Of course, I’m not in a tourist neighborhood — I’ve only seen a few other foreigners walk by and some people here look surprised to see a foreigner in their midst. Just like I found in Tokyo, few people speak much English — fortunately, I found one when I arrived because I got lost and had no idea where my apartment for the next month was (I have to find that guy again because I definitely owe him a beer).

The Korean alphabet certainly throws me off — I don’t recognize any of it. And as I’m attempting to learn a few words and phrases, I’m struggling with pronunciation (I didn’t think it could be so difficult to say “thank you”). Learning the language would be easier if there were a standard Romanized pronunciation guide like Pinyin for Mandarin. Also, for some reason, Memrise.com has no audio (or even a written pronunciation guide) for its Korean lessons. I’m still searching for a decent website to learn some basics while I’m here.

Unlike my time in Tokyo, I’m closer to busier areas of Seoul — for two months I lived in suburban Tokyo with what felt like plenty of open space, or at least few large buildings. In a city of more than 25 million, I’m near a lot of major shopping and dining (fortunately, my apartment is rather quiet despite quite a bit of nightlife outside).

The subway here is rather crowded — much like Taipei and Tokyo. However, it’s not quite as organized as those two cities (I was a little disturbed by how quiet a packed rush hour train could be in Tokyo). When I switched from the airport express to the subway, I had to pay attention to the number of stops to my station because I couldn’t hear the announcements in the crowded train — and the announcements are in English and spoken more clearly than anything on the NYC subway. The subway map is a confusing web of lines — much like Tokyo — and it takes some getting used to; fortunately, there’s a helpful English-language app for that. The subway stations are also huge — the nearest entrance to my apartment is a long walk through turns and stairways to get to Line 2 (Line 6 is a bit closer).

I’m still not sure why I feel overwhelmed in Seoul. It’s a major city like most others. It may be that I really didn’t want to leave Taipei and I’m just taking it out on Seoul. The emotions of travel are sometimes inexplicable.

Have you ever felt overwhelmed by a travel destination or new living situation? How did you overcome that feeling?