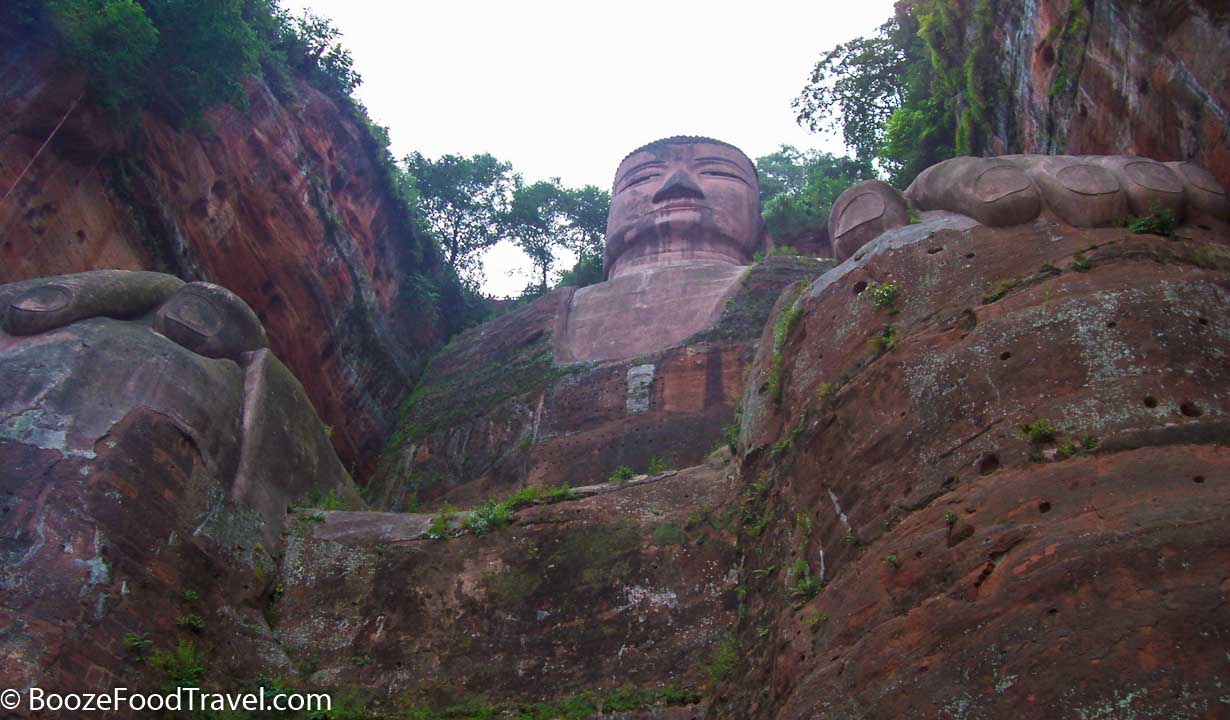 The news of flooding across China has brought back some memories of the years I spent living and traveling there. In particular, I came across news that the floods have reached the Giant Buddha of Leshan in Sichuan Province, which I visited with my parents during my first summer in China. 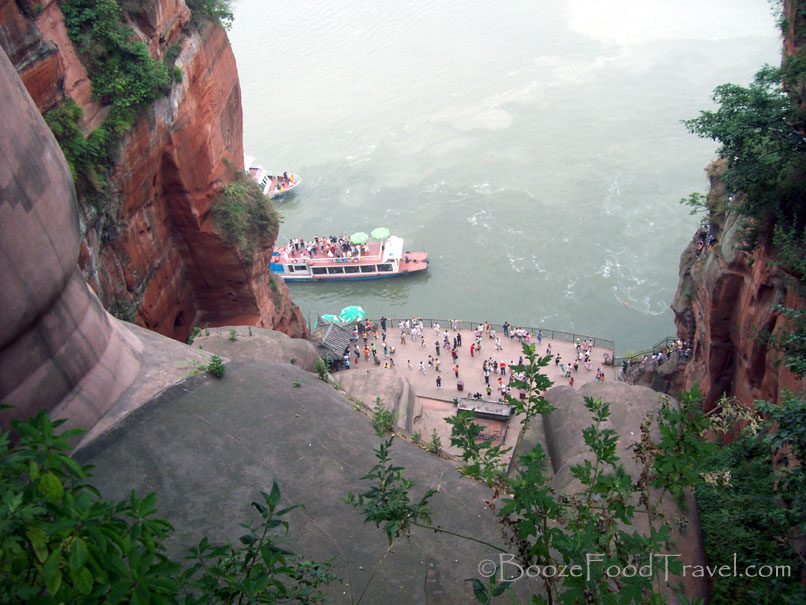 The Giant Buddha, the largest in the world at 233 feet (since the ones in Afghanistan were destroyed by the Taliban), sits at the confluence of the Min and Dadu rivers. It was carved out of the cliffside in the 8th century to protect ships that passed through the rough waters. The amount of stone that was dumped into the river from making the seated Buddha calmed the flow, thus protecting the ships.

The legend of the construction follows the monk Hai Tong, who was asked to bribe local officials during the Buddha’s carving. Rather than give in to the extortion, he gouged out his eyes and went to live in a nearby cave.

The third stop on my tour with my parents that summer was Chengdu — it is miserably muggy in summer, and I would not recommend visiting between May and September. As I had already visited Chengdu a few months prior on my way to Jiuzhaigou and Huanglong, I chose a day-trip outside the city to see something new. We booked a private tour that ended early because we were exhausted from the heat.

We arrived at the park early in the day, but that didn’t help with the heat. We walked with our guide along the trail to join the line of tourists that wound down the steps alongside the Buddha. From the line all we could see was the giant head — and plenty of people taking pictures looking as though they were touching the head.

The line from head to toe was long, but it moved quickly (or as quickly as it can possibly move considering the ancient steps and tourists stopping to take a million photos along the way). But that slow walk down was worth it as we checked out the smaller sculpted Buddhas in the side of the cliff.

Being close to the Giant Buddha of Leshan on the walk down to the feet is an amazing experience. Seeing nature encroach within the stone statue is beautiful (I’m pretty sure the government ensures that plants growing on the Buddha don’t damage the statue).

I’m not sure whether it’s a better experience to take a river cruise, but I would image the view from farther away is beautiful. But I think the cruise tours miss out on the walk down the side with all the smaller stone Buddhas. 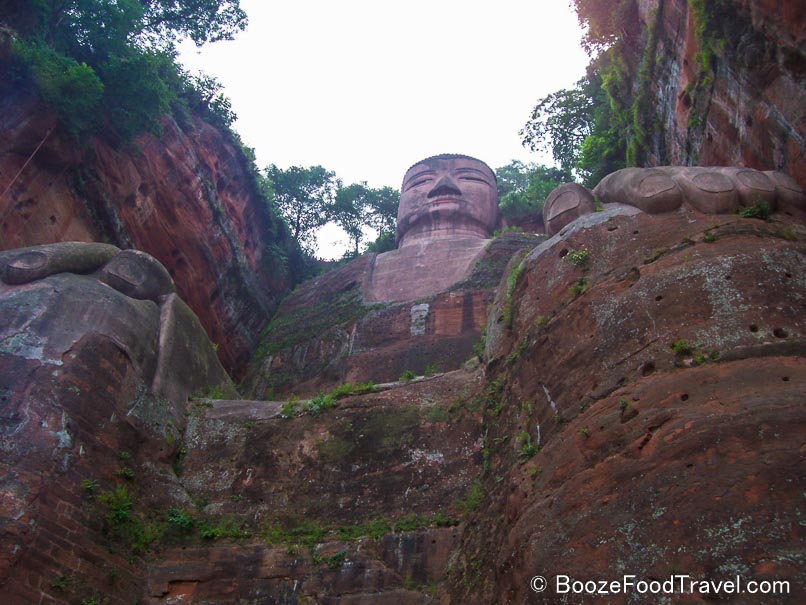 Pictures of the Giant Buddha of Leshan don’t do it justice. Sure, it looks big in photos, but it’s enormous in person. My body isn’t even as wide as the pinky toe.

I gaped in awe at the size of this statue carved into the cliff. It is a marvel of art.

There’s more around the park to see, but most people don’t bother to stop for anything other than the Giant Buddha for obvious reasons. And in the summer, anything outside is less interesting unless you enjoy not-so-spontaneously combusting.

It would have been better to view the park and Buddha during a cooler time of year — as it was, the humidity made the views extra hazy. I have photos looking out at the city across the river and the buildings aren’t clear through the haze.

At the end of the tour, we stopped at a local restaurant for lunch of Qiaojiao Beef Soup, which is supposedly the food Leshan is famous for. It wasn’t the best cuts of meat, and it certainly was not a great meal for a brutally hot afternoon.