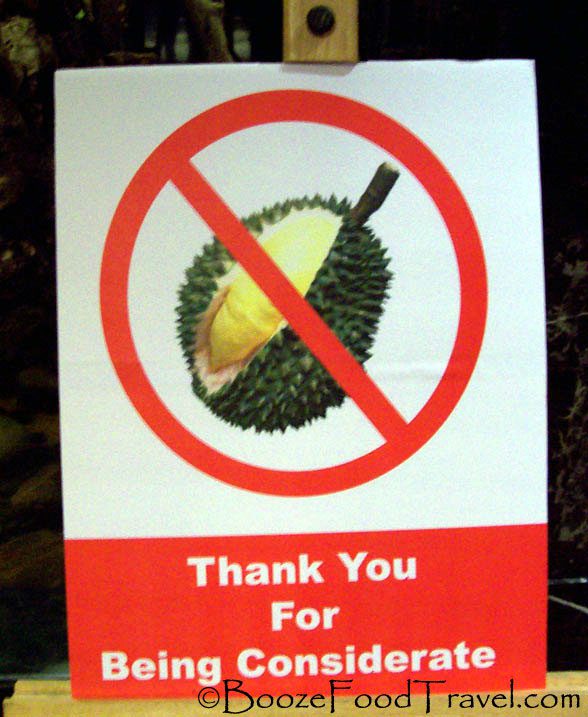 Anyone who has traveled in Southeast Asia is familiar with some of the exotic fruits that the region has to offer. One of my favorites is the dragon fruit, which is particularly refreshing on a hot day if kept in the fridge. I just wish they didn’t cost $5 around here. My least favorite fruit, however, is the durian.

For those of you unfamiliar with the durian, let me try to explain it. The hard spiky shell would tell most people that this is not meant to be eaten, but rather used as a weapon. I’m almost certain that is was used in medieval Asia instead of rocks. Certainly, if the durian didn’t smack someone on the head, the enemy would soon be dead from the overpowering stench.

Some people love the taste of durian despite the odor, which I still rank as much more pleasant to stinky tofu. I was not impressed with the taste of this so-called “king of fruits,” I also didn’t enjoy the texture. I’m fairly certain that this was the first fruit I put on my “never eat again” list.