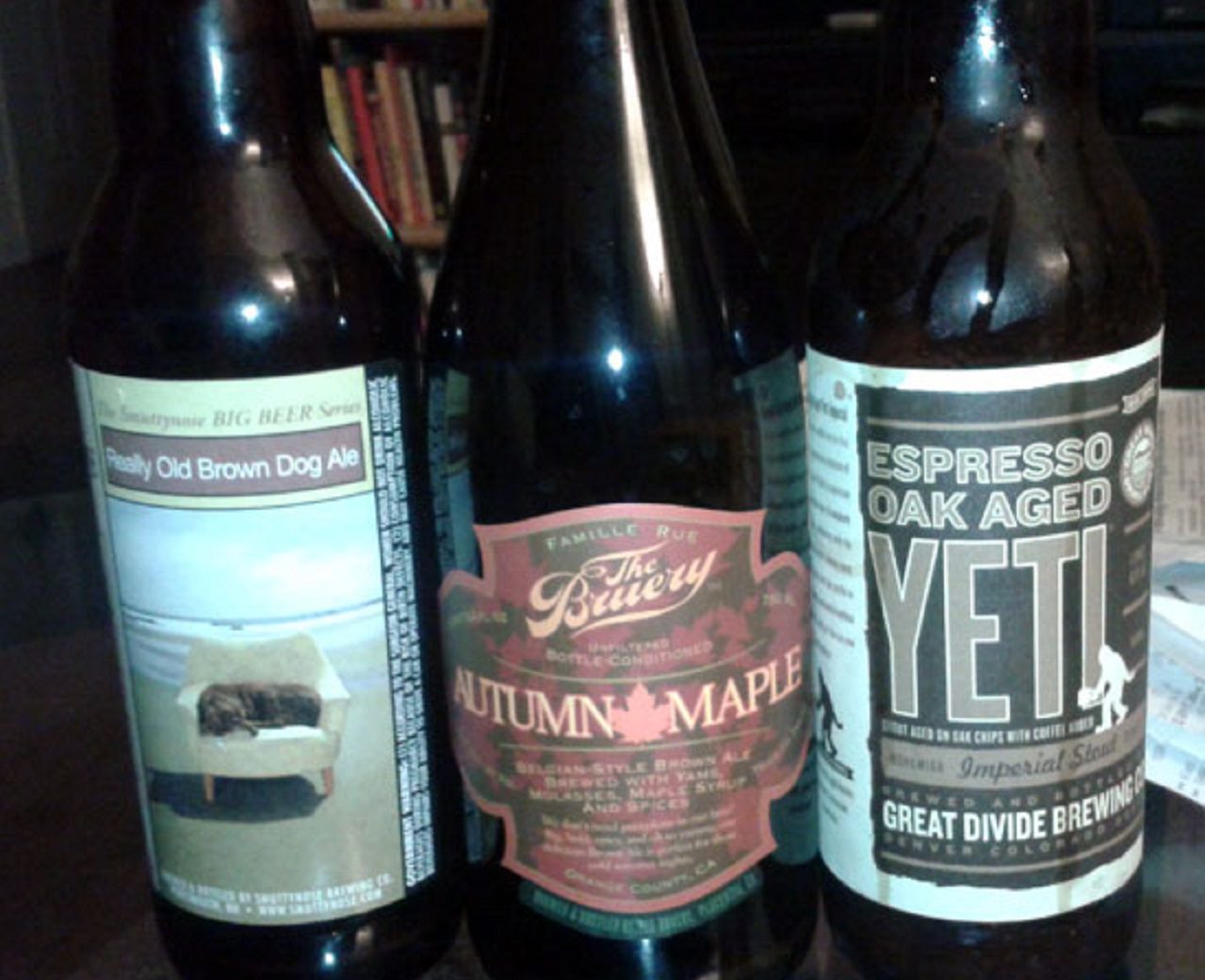 On Friday, I picked up a wonderful dog from Liberty Humane in Jersey City for foster care. Tiger, a four-year-old chow chow pitbull terrier, is the first dog I’ve ever had, and he’s very well behaved, though he really needs to adapt to my schedule. While I care for him, I’m also hoping to find him a permanent home.

To celebrate the arrival of Tiger, my friend came over to share a few large bottles of beer we picked up. Of course, we started with Smuttynose Really Old Brown Dog, an imperial brown ale. I’ve had their Old Brown Dog before, and consider it one of the better-quality brown ales (up there with Dogfish Head’s brown ale). The Really Old Brown Dog has a thick, slightly sweet malt with light, subtle hops. It’s definitely a great beer to relax with on cool evening. And at $5, it’s a bargain.

Our second beer was a recommendation from my friend’s brother, The Bruery Autumn Maple. It has a complex flavor — not something I would recommend to just anyone. There’s a sweet garden flavor with a hint of maple aftertaste. The fall spices were rather light–there’s definitely a bit of nutmeg and cinnamon — and accompanied by a hint of yam. It was an interesting change of flavor from the previous beer, but not drastically different. I was glad we shared the bottle because I don’t think I’d enjoy drinking that much of it.

The final beer for the evening was my favorite, Great Divide Espresso Oak Aged Yeti. The best description I can think of for this imperial stout is that it tastes like a cold alcoholic glass of Turkish coffee without the bitterness. Seriously, is there a beer from Great Divide that I don’t like?

At over 10% ABV for each of the three beers, my friend and I were pretty much done for the night after finishing the bottles.