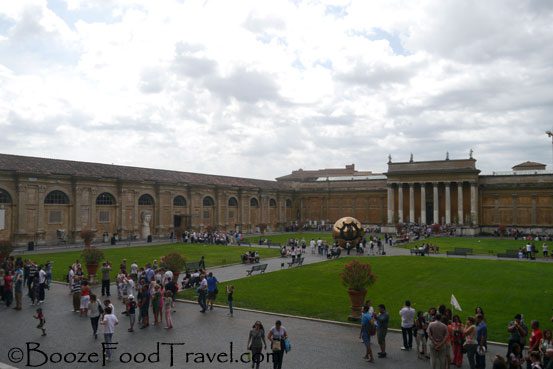 Just about everyone that visits Rome heads to the Vatican for a day (for the more religious tourists, it might be a few trips). There’s art and architecture there for those who aren’t religious, and that’s what I went to see with my parents. For the non-religious, there’s also the experience of visiting the world’s smallest country, but there is no immigration checkpoint unless you count the security lines to enter St. Peter’s Basilica and the Vatican museum.

My father thought ahead and reserved timed tickets for the Vatican museum and Sistine Chapel (no tickets are necessary for St. Peter’s Basilica). By the time we arrived at the enormous fortification walls of the Vatican around 10 in the morning, the line for those without reserved tickets was almost a mile long–stretching out in the summer sun toward the subway station. We discovered that our timed tickets were meaningless–we could’ve arrived earlier or later without standing on the painfully-long line. Of course, as soon as we entered the Vatican, we had to stand on line to exchange the reserved tickets for regular tickets and then on another line for security.

We followed the signs and walked around the rooms full of art. The Vatican museum can be described as an artistic history of Christian art. There’s also some pre-Christianity Roman artwork that I found more interesting because it provided a bit of a change. Of course, there’s also a large section of Egyptian artifacts, some of which are quite interesting but not as impressive as the Egyptian exhibit at the Metropolitan Museum of Art in New York. 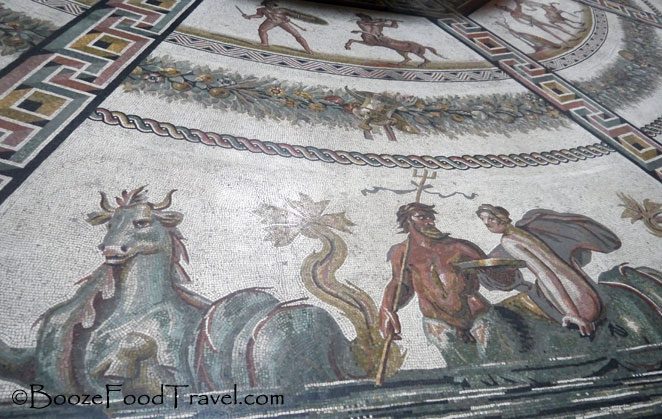 As the day wore on, we walked more quickly through the rooms of paintings (religious art gets repetitive). We stopped every now and then for the more famous works of art, or the more interesting works. I found one work that looks like it includes Bill Murray, proving his immortal brilliance. I was also surprised to find a portrait of what was supposed to be a saint, but looked like the Incredible Hulk (or maybe just Lou Ferrigno without the green body paint). I originally thought it was a painting of Samson, but I was wrong.

After hours of walking through the hallways full of art and feeling fatigued just before lunchtime, we came to the Sistine Chapel. I was finally able to see Michelangelo’s magnificent painting. It’s beautiful, and much larger than I had imagined from reading about it in art books years ago–I always thought the central image of God and Adam was larger than the other portions, but I was incorrect. The atmosphere in the Sistine Chapel, however, was disappointing.

The Sistine Chapel is the one place in the Vatican in which visitors are not allowed to take photos, even without a flash. There are still some people who don’t follow that rule and run the risk of getting scolded by security. The chapel is also crowded to the point that it’s not easy to navigate from one end to the other–and with everyone staring up at the ceiling, it’s more likely that you’ll bump into more than a few other tourists. Security constantly reminds visitors to be quiet, which they aren’t, and to take in your view quickly and leave before it gets more crowded.

We exited the chapel and walked into the Vatican cafeteria for lunch. A decent salad with a bottle of water was 9 euros, which is less expensive than I had expected. It wasn’t easy to find an open seat, but we managed to find a few people getting up to leave as we entered. We rested just enough to regain energy to walk back out through the city walls and around to St. Peter’s Basilica. By the time we exited the Vatican museum, the line to get in was even longer and the heat grew more oppressive (really, don’t go to the Vatican museum without an advance ticket unless you arrive the minute it opens in the morning).

I could’ve done without much of the artwork in the Vatican museum, and would’ve been satisfied with only visiting the Sistine Chapel, assuming a smaller crowd and a bit more time to appreciate Michelangelo’s work. To visit such a site that I’ve longed to see only to be disappointed by the atmosphere, made the day more exhausting–the excitement was nearly sucked out.

Have you ever longed to visit someplace only to be disappointed, not by the site itself but by the actual experience?