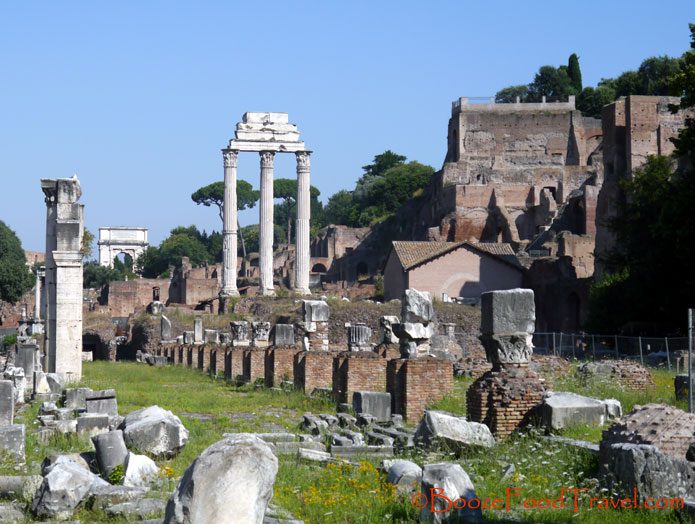 History with its flickering lamp stumbles along the trail of the past, trying to reconstruct its scenes, to revive its echoes, and kindle with pale gleams the passion of former days. – Winston Churchill

It’s difficult to turn a corner in Rome without bumping into history. Of course, most of that history is just unrecognizable ruins, but it’s still noticeable.

After a few days of wandering around Rome’s confusing winding streets in search of the more popular historic sites, travelers encounter so many ruins that they all melt into a single memory. I have dozens of photos from around the city that I can’t identify as more than “some interesting Roman ruins.”

As I walked in the late-July heat of the intense sun through the Roman Forum in search of angles for interesting photos as well as a respite in the shade, I realized how impressive this must have looked when it was built.

There is a lot of beauty in the ruins at the Forum, but aside from a few select parts, most of it just blends together as nothing recognizable without a label. 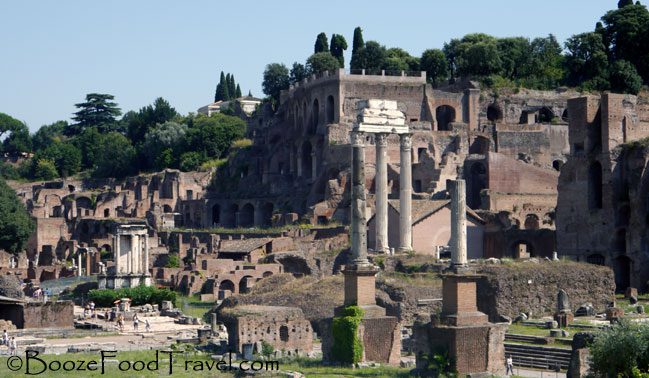 Unlike some of the other major tourist stops in Rome, the Forum doesn’t feel so crowded because it is more spread out. If it wasn’t for the intense heat of summer, it would be a great place to sit and contemplate the history for a few hours, but the late-July heat definitely limits that experience.

I had to thank Jupiter, or whichever Roman deity is responsible, for the life-saving public fountains within the Forum grounds. Filling up water bottles with cold water made the walk through much more tolerable. Without the fountains, it probably would’ve been a much shorter walk through Roman history.