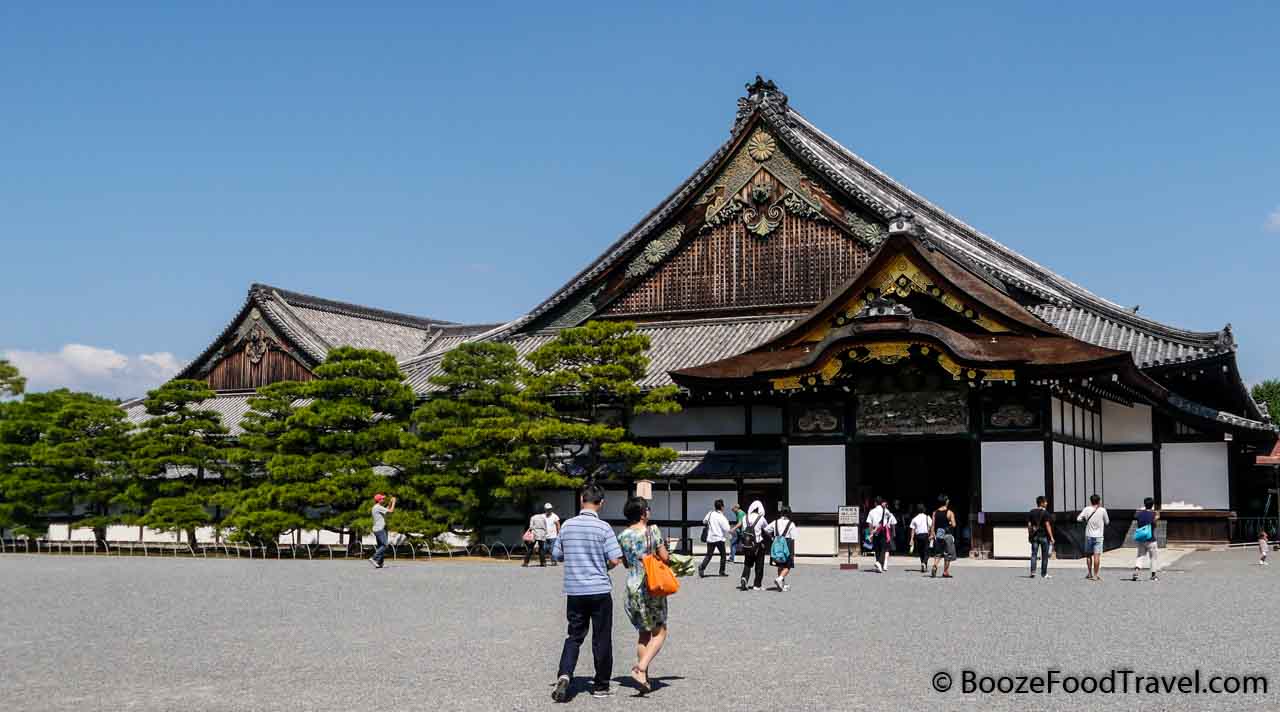 Even in Kyoto,
Hearing the cuckoo’s cry,
I long for Kyoto.
― Matsuo Bashō

Sightseeing in Kyoto did not go as smoothly as I had anticipated. Most of it was my own fault. But I still managed to see most of what I wanted. 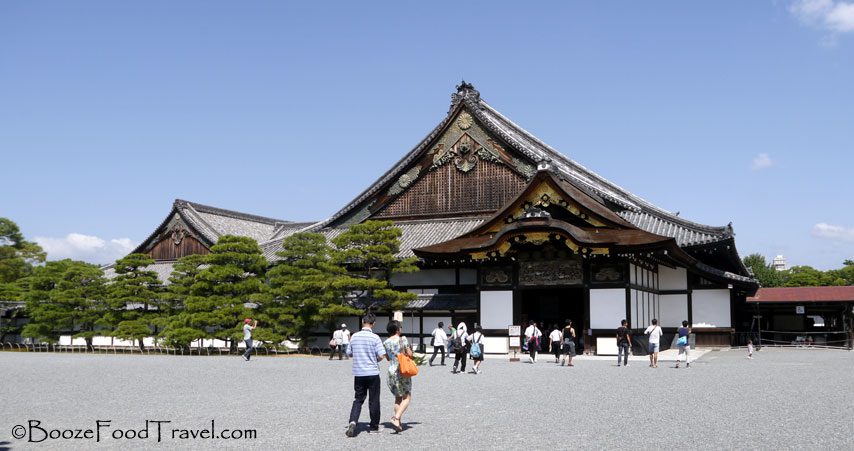 I did little research before heading to Kyoto in the early fall — I just wanted to get out of Tokyo and see more of Japan and this was the time of year to head to Kyoto before the tourists crowd the city to see the autumn foliage. I didn’t realize the highway bus from Machida really would drop me off on the side of the highway, a mile from the metro station that would take me to Kyoto Station, at which point I got lost because there’s no open Wi-Fi and the maps are not all situated with north pointing up (that screwed me up more than a few times during my time in Japan).

I figured I’d get everything I needed once I checked into my hostel (another mistake). The hostel had little information other than tours that I didn’t want to pay for — and most of the brochures and maps were haphazardly stacked (this was possibly the most disorganized place in all of Japan). It also had staff that was rarely around and only spoke a few words of English (the hostel was also closed for a few hours in the afternoon for “cleaning”).

After consulting my map that I picked up at the train station, I made a plan to walk from my hostel to some of the tourist destinations in Kyoto — nothing looked that far from where I was staying (another mistake). The map I had did not have a guide for measuring distance — the walk I took was much longer than expected. My main destination was to the Kyoto Imperial Palace, which I again neglected to research because it requires a reservation and it was entirely booked for the day (I managed to get a ticket for the morning tour the day before I departed for Osaka). But I stopped at Nijo Castle along the way, partly to get out of the sun and because it looked cool while walking nearby.

Nijo Castle was a little more than two miles from my hostel — it felt farther because of the sun and heat. The Kyoto Imperial Palace was another half mile, though the surrounding park is huge and took longer to walk around before I found that I needed a reservation. After all that walking, I headed back toward my hostel and a little farther south to Nishi Hongan-ji and Toji Temple. In all, it was at least a 10-mile walk for the day (renting a bike the following day was necessary to get to Kinkakuji, even though the bike had a broken seat), and I was exhausted enough to sleep early. 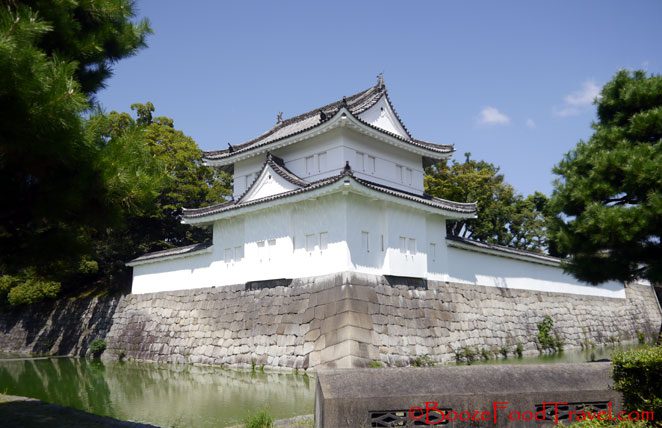 Nijo Castle is one of the many UNESCO World Heritage Sites in Kyoto–it was built in 1626 as a residence for the Tokugawa Shoguns; Ninomaru and Honmaru Palaces are contained within the walls. It’s a beautiful site and parts of it are reminiscent of Osaka Castle (or maybe that’s just my impression from the white structures along the fortification walls).

Buildings within the fortifications were twice destroyed by fire in the 18th century. The castle wasn’t used again until 1862. 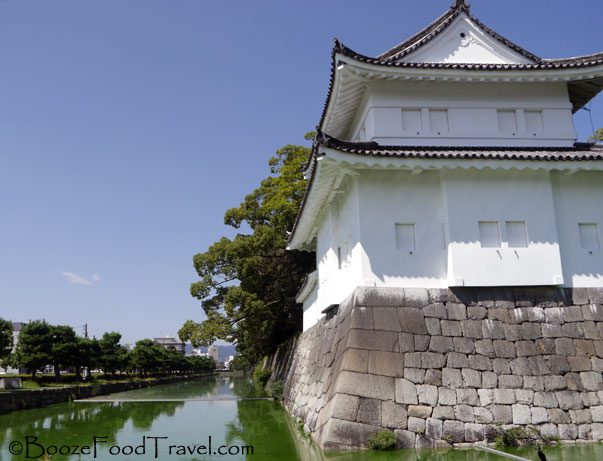 Today, the moat surrounding Nijo Castle looks a little fetid, but at least it isn’t completely dried up like the one surrounding Osaka Castle.

There’s a lot of beautiful architecture and historic works of art to gaze at while walking through the 275,000 sqm. that the castle encompasses. There are 3,000 screens just in Ninomaru Palace, although some rooms were closed for preservation efforts, so not all the screens are on display.

For tourists who get tired of staring at buildings that tend to look similar after a while, Nijo Castle also has three well maintained gardens, each planted during a different era. The most impressive of the gardens is the Ninomaru Garden, which is the most often photographed. It isn’t, however, as impressive as the Secret Garden in Seoul. It’s still an enjoyable and relaxing walk through the gardens, though it can be tiring on a hot day like I had. 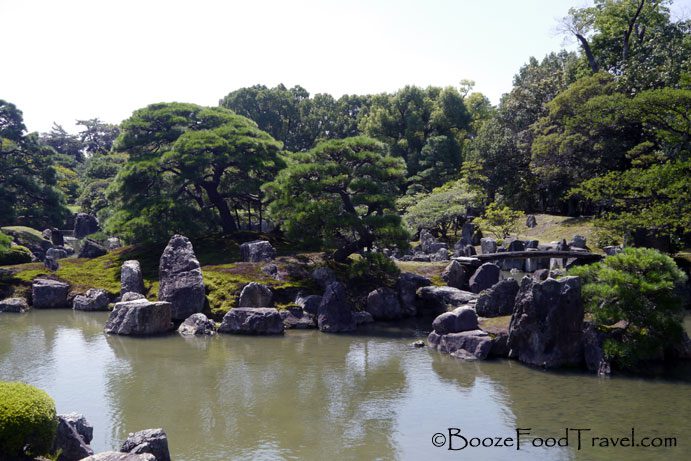 While most historic sites around Japan charge admission, Nijo Castle is reasonable at 600 yen, though those admission costs can add up fast while sightseeing all day. Photos aren’t allowed in Ninomaru Palace, which explains why I have none here — unlike other tourist destinations in East Asia, Japan enforces photography bans.