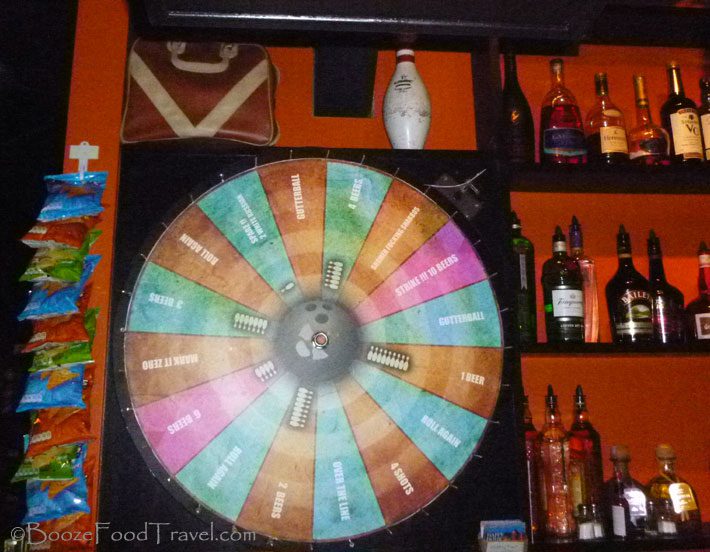 More than a few bars in Reykjavik had games of chance in the form of a wheel. The first few times I saw it, I was confused. It was more confusing because I never saw anyone spin the wheels — I began to think it was just for show. I found out that some of the younger customers play on weekends.

At Lebowski Bar, I asked the bartender about it. It really is a drinking game of chance. For about $10, the bartender will spin the wheel. If you’re lucky, you’ll get your money’s worth back in drinks. Or you could get nothing. There’s even a chance to win 10 drinks (Lebowski Bar paid in beer, but some bars had shots).

I did not play the game. I preferred to just pay for the sure thing in a glass. Although, if I had won 10 beers, I would’ve made some quick friends.

I couldn’t help but think of Weird Al Yankovic’s movie UHF and the Wheel of Fish. Iceland’s drinking version didn’t have the option to take what’s in the box. I am pretty sure that Wheel of Fish would be popular game show in Iceland.

For those who have no idea what I’m rambling about, here’s a link to the Wheel of Fish Youtube clip (for copyright reasons, I won’t embed it on this site).