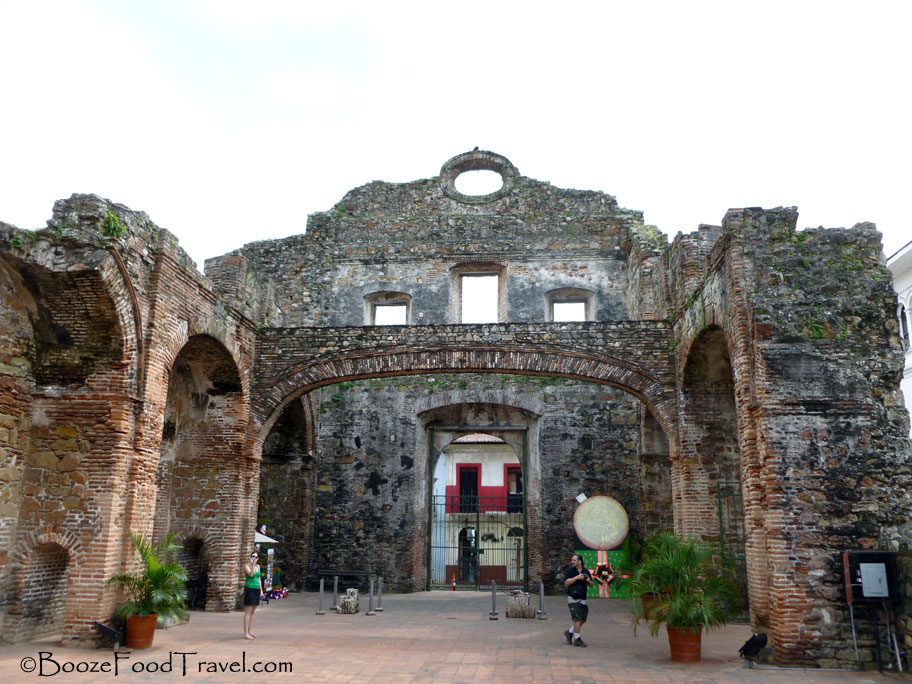 I enjoyed walking around Casco Viejo in Panama City with my Canadian travel companions I had just met. The colorful colonial architecture that had been restored juxtaposed with the dilapidated buildings filled with squatters gave me a sense of what Panama City has gone through and the changes it is embracing. In some ways, the gentrification of this particular section of the city is disappointing, but it is good for tourism. This once was all of Panama City, in the days before the Panama Canal.

During one of our walks around Casco Viejo, we came across these ruins — a structure that is a symbol of the old city that will never be restored. It now remains as a simple museum — there are no signs nor historical notes that I noticed, just the empty shell of the building.

This site happens to be Iglesia de Santo Domingo, which was constructed in 1678, but was destroyed by a fire in 1781. The arch that survived the fire is impressive — difficult to imagine anything built today that would last more than 200 years after a fire.

I was confused by the fact that there was a bench in this spot. There was barely enough space to walk through with the bench there, and it certainly didn’t provide much of a view (unless you enjoy close-ups of bricks).