On my second full day in Panama City, my Canadian companions and I grabbed a taxi from our bed and breakfast in Casco Viejo to the Miraflores Locks to watch the ships sail through the Panama Canal.

After breakfast, we walked out to the main entrance road to Casco Viejo near Luna’s Castle hostel to find a taxi. Possessing the best Spanish skills of the group, I was designated as the bargainer. $10 sounded like a nice deal, and we headed off for the Canal.

Our driver was particularly friendly and spoke some English. We conversed in Spanglish during the ride. After telling him that I’m an English teacher, he spent a significant amount of time trying to convince me to move to Panama City — he even pointed out a few schools that I could work at. I must admit, he made a convincing argument when he mentioned the salary at the school for expat children.

By the time we arrived at the Miraflores Locks, it was fairly crowded. Of course, the museum and viewing area aren’t that spacious, so the crowd seemed larger than it actually was. Over at the stadium-style seating, plenty of people were standing on the armrests to peer over the heads standing along the railing. As it was difficult to nab a spot at the railing as ships were moving through the locks, I stood on the armrests to watch the show. I also moved in among the crowd at the railing after the ships passed.

Watching the cargo and passenger ships sail through the three sets of locks was much more interesting than I expected. It is quite a show to witness the water levels rising and falling so quickly. 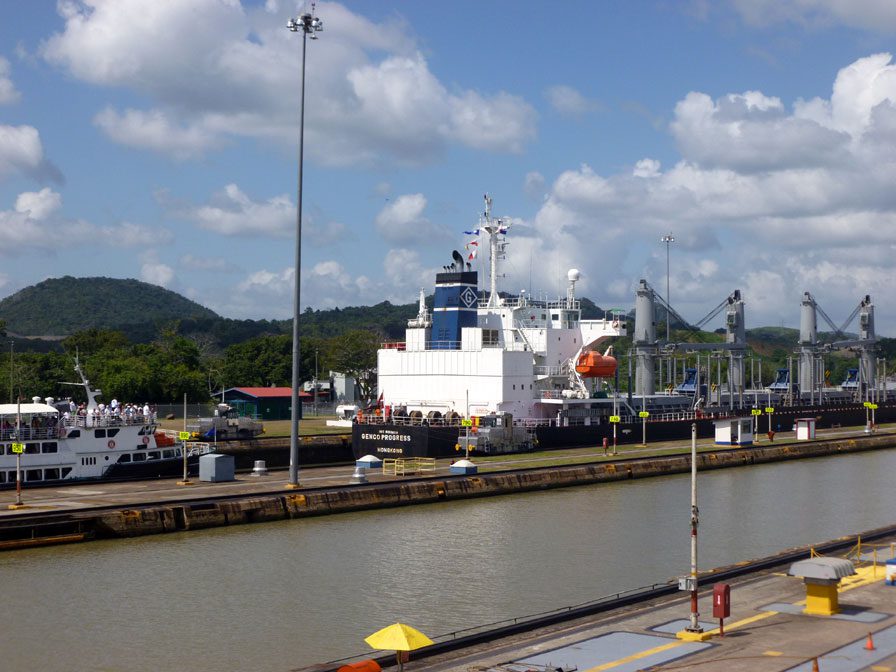 After standing around for a over an hour, we decided to check out the museum — we bought tickets for the short movie on the history of the Panama Canal, which wasn’t nearly as cheesy as The Empire State Building show.

For our finale, we took an outdoor table at the restaurant on the second floor overlooking the Canal. We enjoyed a few beers while we watched more ships pass through the locks. 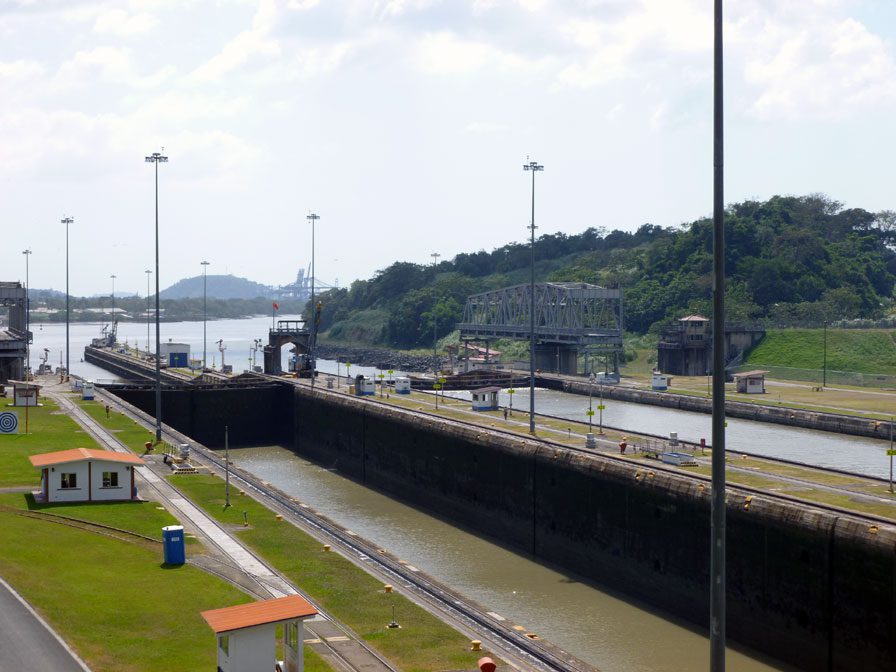 After spending more than three hours at the Miraflores Locks, we found another taxi to take us back into the city and out to Amador Causeway.