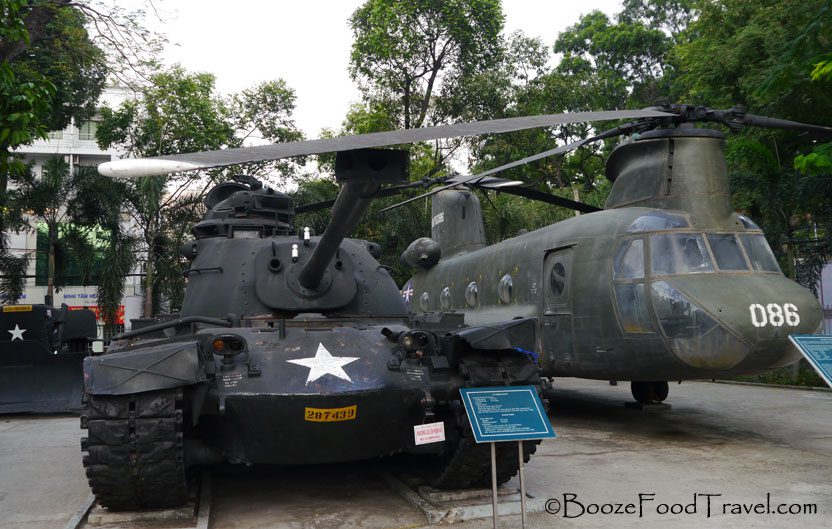 “So I guess every generation is doomed to fight its war, to endure the same old experiences, suffer the loss of the same old illusions, and learn the same old lessons on its own.”
–Philip Caputo, A Rumor of War

My friend Lonnie at Veteran Traveler reminded me that this week marks the 50th anniversary of the beginning of the Vietnam War.

I visited some of the memorial sites in Vietnam — the Hanoi Hilton, the War Remnants Museum, the Presidential Palaces in Hanoi and Saigon, and the Cu Chi tunnels. I also learned a lot about the horrors of the war across the border in Cambodia while visiting the Landmine Museum in Siem Reap. While the museums in Vietnam had plenty of propaganda, there was also truth in the portrayal of horrific acts of war — the long-term effects of Agent Orange were on display in the War Remnants Museum, and the pictures were difficult to even look at. Of course, Vietnam overlooks its own treatment of POWs during that time, but that’s par for the course around Asia (e.g. Japan’s actions during WWII, China’s actions in Vietnam and at home).

But I didn’t plan to write about the museums and perceptions of the Vietnam War. The idea was to reflect on the war and the people affected by it. There are still people suffering from that era — US veterans with PTSD, Vietnamese and Cambodians born with deformities due to Agent Orange. People in Cambodia are still dying because of landmines left behind by multiple countries that littered the country with the explosive devices — injuries related to such explosive devices increased 35% in Cambodia last year.

And while reading the news today, it appears that we have not learned from history. Our governments are still controlled by military arms manufacturers — just look at the bloated military budgets.

According to Veterans Affairs, 30% of Vietnam vets suffer from PTSD. Another 11-20% of the most recent Iraqi War veterans also suffer from PTSD. There has been a 50% increase in diagnosed cases in the last year.

There is more than enough pain and suffering to go around.

If you’d like to help relieve some of the suffering, you can check out these organizations (and I’m sure there are many more worthwhile ones out there):