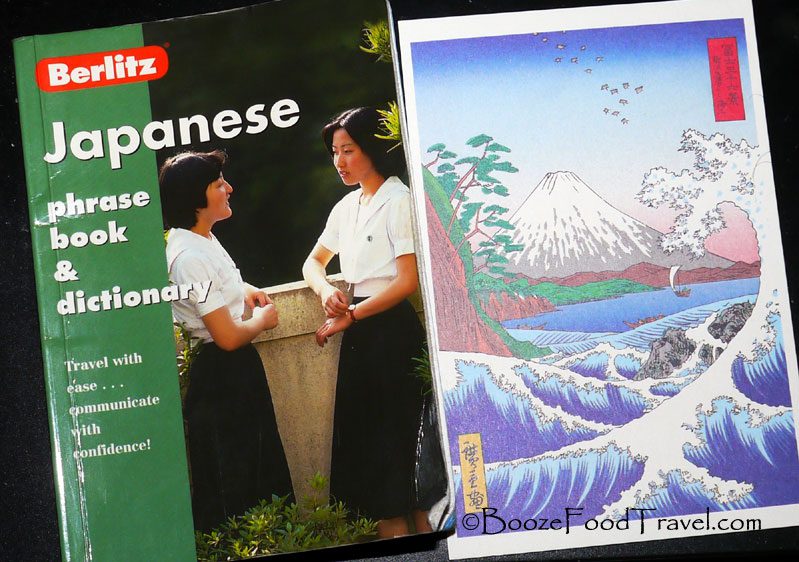 Since arriving in Japan, I have encountered a whole new experience of language barriers. Unlike my time in China, where I had English-speaking coworkers, I am entirely on my own in Tokyo. As I discovered last year, Japan is near the bottom among Asian nations in English proficiency, which can make things a little more difficult.

Fortunately, I can read a fair amount of kanji characters after years of studying Chinese. However, it leads to the problem of thinking that I actually can speak Japanese — I’ve caught myself a few times about to speak Chinese. It has, however, been helpful in reading some basic signs, a few menu items, and even some packages at the grocery store.

Starting conversations with strangers in Japan has not been easy–people here do not approach foreigners like they do in some other countries. This has led me to beginning almost every conversation with “Do you speak English?” in my poor attempt at Japanese pronunciation. The question is usually met with a response of “a little bit.”

I have had some very nice conversations with people who don’t speak much English. We have used a lot of gestures and simple words and phrases (years of ESL teaching and tutoring certainly help in such cases). I have also had some luck using Google Translate on my smartphone. Unfortunately, my phone doesn’t have Japanese input, so it’s more difficult for Japanese people to respond if they don’t have such an app.

Of course, there are also instances in which people speak to me in Japanese and I manage to understand, but there’s no way for me to respond. I’ve had similar experiences in China, Montreal, and Panama. In Montreal, a shop owner was baffled that I understood her question in French and could only answer in English. I bought a Berlitz pocket Japanese phrasebook before this trip, but that hasn’t helped much (It’s not quite as useful as the Spanish phrasebook I had in Panama). I have learned to say a few phrases — I can ask people if they speak English; I can say I don’t speak Japanese; and I can ask for the check at a restaurant. However, I can’t learn the basics of the language without any instruction that includes grammar and sentence structure. I have searched a few bookstores here for a textbook, but have had no such luck — it almost feels as though foreigners in Tokyo don’t want to learn the language (and I’m fairly certain that isn’t the case).

Despite my difficulties in communicating with people in Japan, I have had a great time so far. I have also found that people who work for the trains/subways and the police tend to be quite helpful and speak better English than the average person I encounter. And every now and then I get surprised by someone who speaks near-fluent English (it usually happens after I make a poor attempt at speaking Japanese).

Prior to arriving in Japan, I could say hello, good-bye, thank you, and beer. It was similar to the hello, how are you? and beer that I knew before going to China.

How do you go about preparing for a trip to non-English-speaking countries? How many words or phrases do you expect to know before arriving?

Signs of Amusement in Japan