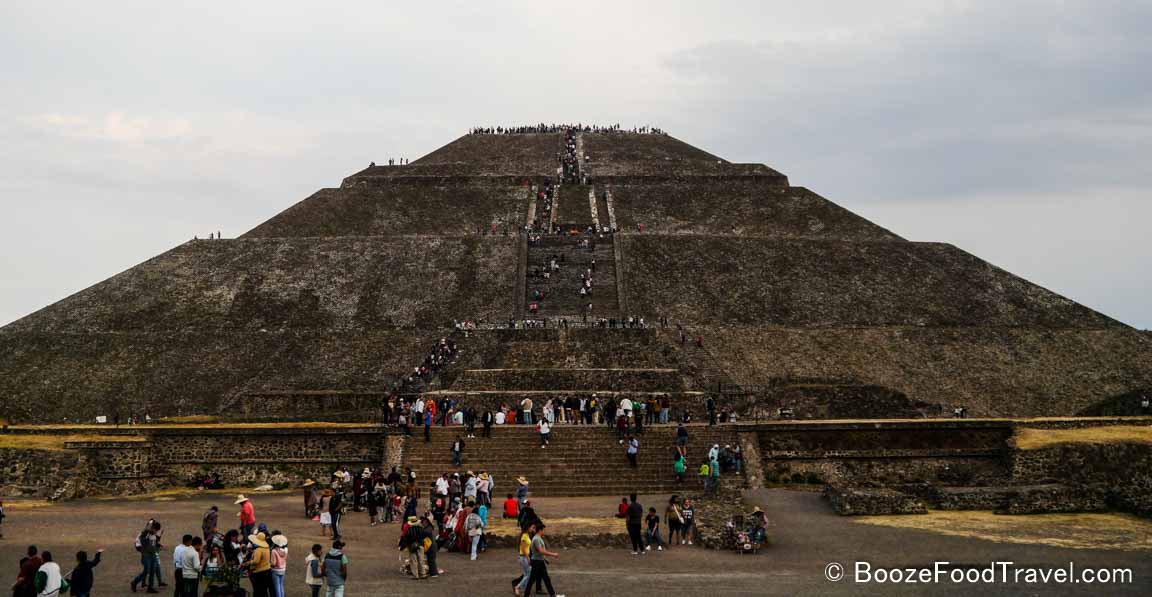 “It lives on the imagination
Of all-night ghosts, like the worm
Brought forth from the feminine
Temples of wood & apple.”
– Yusef Komunyakaa, from Ode to Dust, Talking Dirty to the Gods

History isn’t always as clear as we’d like believe — details of ancient civilizations weren’t documented and the stories have changed based on archeological discoveries. We can learn about history while traveling the world, which makes the experience more memorable. I found multiple stories depicting the history of the pyramids at Teotihuacan, just 30 miles outside of Mexico City.

There’s a lot of fascinating history to learn about civilizations that once inhabited the region — my guide started the day with explanations at Tlatelolco, an historical site in Mexico City that was also the site of a government massacre in 1968. The ancient history, however, centered around what was once an island, as the region was separated by rivers and canals. What I didn’t know about the pre-Columbian pyramids in Mexico is that they were built in layers — as the outer layers of the pyramids are no longer there, it’s easier to see what was inside. 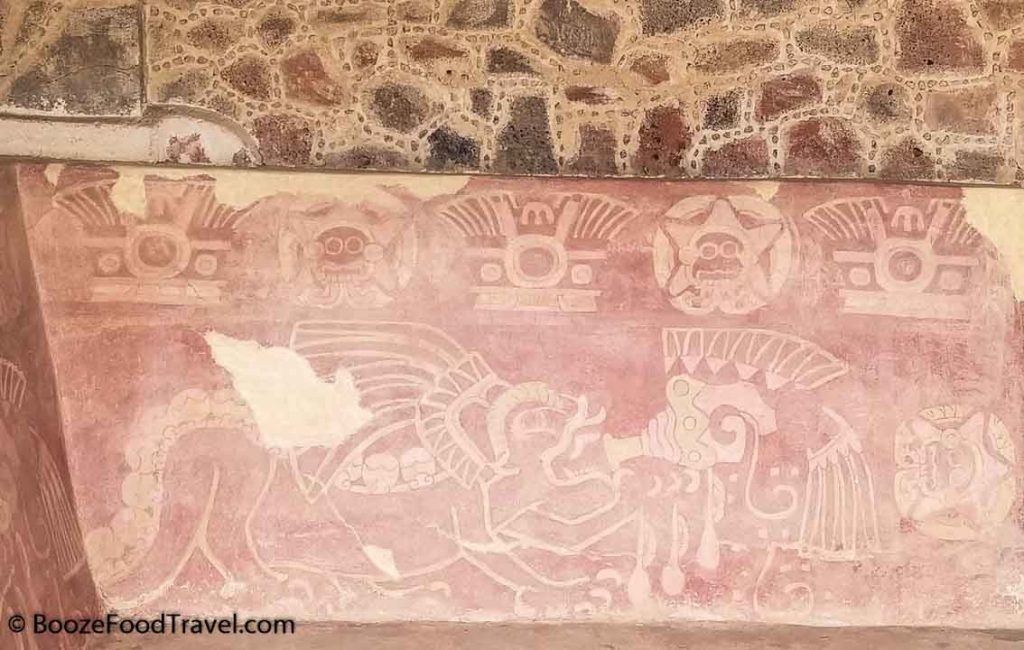 The history of the region with the rivers creating these islands helped to lead into the perception of history at Teotihuacan later in the day. More interesting than the ancient historical site are the histories that explain it — there’s the history written by civilizations that “discovered” it long after the city was abandoned, the history that my guide told, and the history that I found at the National Museum of Anthropology in Mexico City.

What is agreed upon is that no one knows who the inhabitants of this city were or what they called the place. It was home to an estimated 175,000 people and one of the world’s largest cities in the year 600. They built two large pyramids, now known as the Pyramid of the Moon and Pyramid of the Sun — those names have nothing to do with the function of either.

The region was once lush forest with plentiful water flowing through it. The Pyramid of the Moon was likely a temple worshiping the water. As it is on higher ground than the rest of the city, the water flowed from the temple through the city for citizens’ use. The buildings closest to the pyramid would be reserved for noble families, while residents farther away would get the leftovers of the water (most likely contaminated at that point).

As the city grew, it required more lumber from the forests and more water. The rapid expansion, as my guide noted, caused local climate change that left the fields barren and water scarce, which likely led to civil unrest. The city collapsed under the pressure.

But this was not known when Aztecs and others “discovered” the city. It has been studied by archeologists since 1885, but part of the Pyramid of the Sun was destroyed during excavation as the crew didn’t realize they were discarding outer layers of the pyramid. The given name of the city means “the place where one becomes a god,” but that isn’t even the original name of the city — it’s what the Aztecs called it in the 12th century.

The wide street through the city was also called the Avenue of the Dead because it was littered with bones. Again, this is not what the original inhabitants called it.

Walking through Teotihuacan reminded me of a tour through the ruins of Pompeii. The difference here is that there’s no written history of the city or its people, unless you count the hieroglyphics that no one has been able to decipher yet.

The Tour Through Teotihuacan

After the guide’s explanation of Teotihuacan, he left us to explore on our own — only about 90 minutes go up the pyramids and walk the Avenue of the Dead.

I would have liked to take a casual walk through the ruins — the former homes that lined the streets were partly accessible — but I had limited time and I didn’t want to waste it before reaching the top of the pyramid. And that’s when I found the line to go up.

I was fortunate to get in line just as they allowed another group up — I was at the front of the line for the next group, which was allowed up after about 15 minutes. It was a slow walk up the steps with so many people ahead, some of whom had difficulty with so many steps. Rather than stop at each level for a picture, I continued on until I reached the top of the Pyramid of the Sun. And it was crowded at the top.

This is the dilemma with arriving late in the day — the tour had two stops plus a less-than-mediocre lunch before Teotihuacan. I had expected it to be the first stop to avoid the midday heat. I should’ve checked the itinerary more carefully.

I wandered along the edge of the pyramid and took photos from all directions as I caught my breath. It was windy and a rainstorm was heading our way. I felt a bit cold without a jacket — sweating on the walk up didn’t help.

And then I found the line to get down. It wrapped the entire way around the edge of uppermost level of the pyramid. And it was a slower line than the one to get up. I waited with a woman from my tour, so at least I had someone to talk with. We had about an hour to get back to the bus and it took 45 minutes to get down, meaning we had no additional time to see other parts of Teotihuacan or even check out the souvenir vendors.

Despite the difficulty of navigating the crowd, it was a worthwhile experience. Learning the possible history of Teotihuacan was an important part to the experience. Before heading to Mexico, I spoke with a receptionist at my coworking space who said that she had taken a solo trip there and missed out on a lot of the experience because she didn’t understand the historical site — it was reason enough for me to spend a little more money on a tour instead of going it alone.