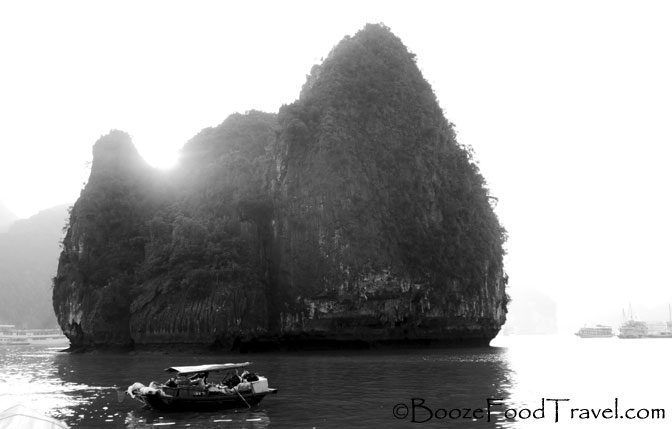 I took a lot of photos during my two-day trip to Halong Bay. I was fortunate enough to have fairly nice weather for both days, and the haze that many tourists have complained about was not pronounced enough to shroud the best views of the karst islands that jutted up around the ships in the bay. Out of my 120 photos from the two days, I managed to take a few black & white photos that are worth sharing. These were taken before I realized that my camera has a second black & white function that produces clearer images (fortunately, Photoshop usually helps rectify that problem).

While the karst islands made for amazing photography subjects, I found it more interesting to include the boats in Halong Bay–there were more than just the tour boats as well. 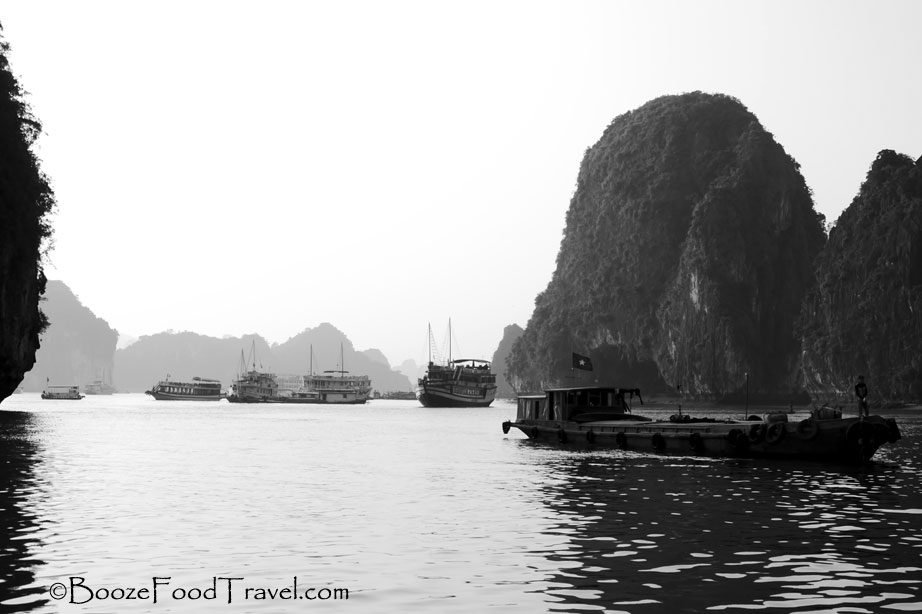 The views of the floating village were of particular interest, and they would’ve been better if I had had a waterproof case for my camera to take it along in the kayak. 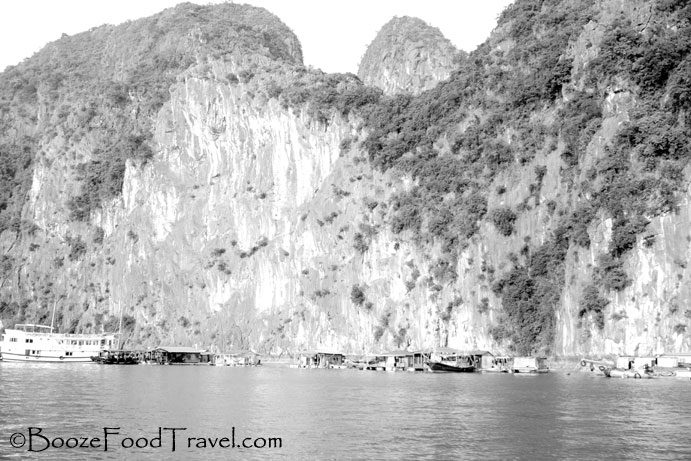