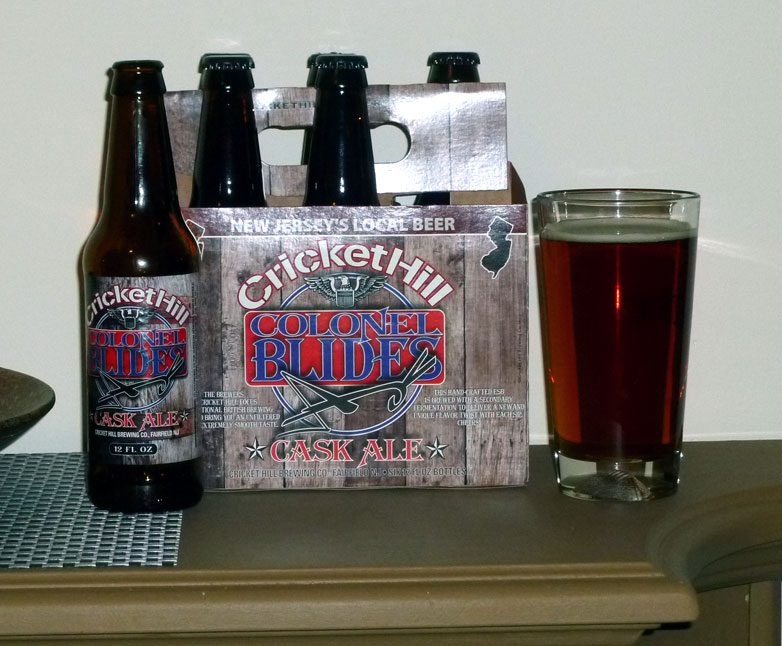 While taking my time browsing the shelves of the liquor store, I came across a new beer: Cricket Hill Colonel Blides Cask Ale. I’m familiar with Cricket Hill Brewery out of Cherry Hill, NJ, but I haven’t had any of their beers in a long time. I discovered the brewery shortly after graduating college and moving back to New Jersey–a few local bars served their American ale and lager, which were a welcome change from the usual selection of macrobrews. I more or less forgot about these beers as I moved to Colorado the following year and found more microbreweries than I could have ever hoped for.

When I saw the cask ale at the store, I decided I should try it because I enjoy cask beer. When I studied for a semester in London, I acquired a taste for the cask brews–of course, most of what I had then were bitters. But I remember the great malty flavors of the beers I sampled when I was younger.

Colonel Blides Cask Ale was definitely worth purchasing. It had a light, floral hop flavor blended with the malt. I usually enjoy a heavier malt, but this was smooth and flavorful, a pleasant pint for first week of spring and its unseasonably warm temperatures. Had it been one of those frigid days in January, I would’ve wanted something with a little more body, but this fit the weather perfectly.

After checking out Cricket Hill’s Website, I noticed that they have a few new brews that I haven’t previously seen. The dark lager and porter sound intriguing, which means I’ll have to keep my eye out for them. 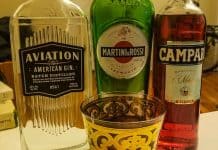