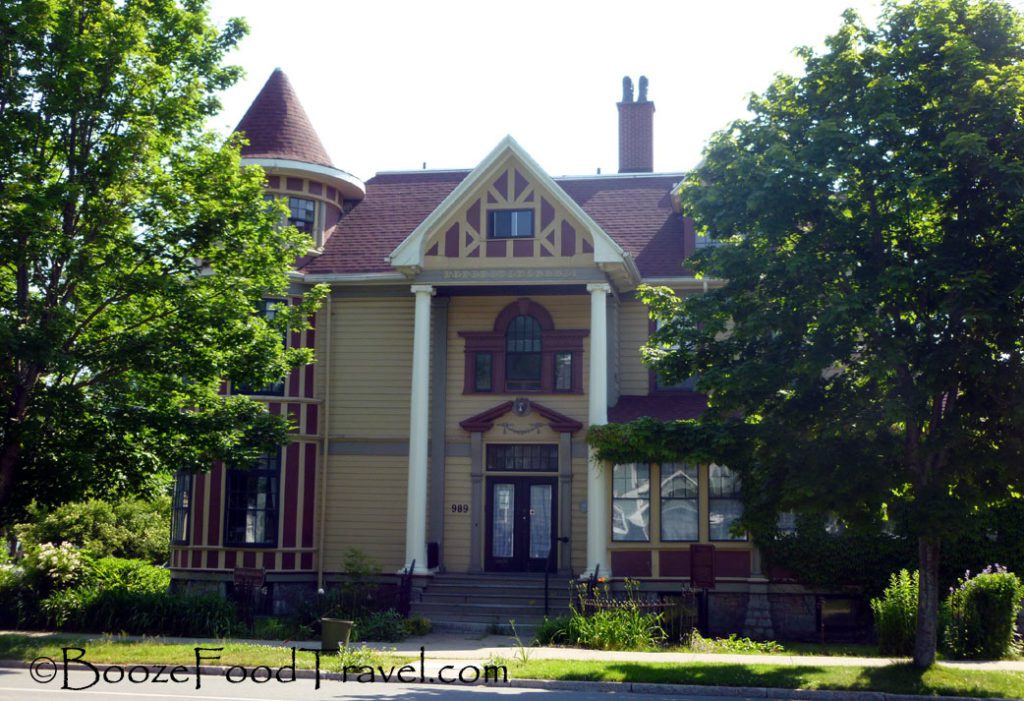 After searching for reasonably-priced accommodations in Halifax and coming up empty, I decided to give Airbnb a try. For my readers who don’t know, Airbnb is a service that connects travelers with locals who rent out rooms or enter apartments and houses around the world. There are some interesting listings on the website, including three Frank Lloyd Wright houses.

I was a little apprehensive about booking a room through Airbnb for the first time. I’ve never really liked hostels or guest houses–I’m just not a fan of sharing bathrooms. But, for $45 per night, I decided it couldn’t be that bad–it was the same price as some poorly-reviewed guesthouses and only $15 more than a bed in a hostel.

I found what appeared to be a nice listing in the southern end of the city with Topher and Rae. I emailed the couple that was renting the room and received prompt and reassuring replies. I was still nervous until I arrived. It didn’t help that I arrived late on a Friday night–even some hotels make it difficult when arriving late, which is why I now call ahead if I plan on arriving late.

I was relieved when I met Topher at the door. He introduced me to their beautiful apartment in an historic home–I wish I had a kitchen like that. After a brief introduction, Topher and Rae gave me directions to some local bars, though I only made it to Henry House.

The next morning, my hosts invited me to join them on a trip to the farmer’s market, which was about a 10-minute walk. After showing me around a bit, we parted ways and embarked on an extremely long walk through Halifax. Fortunately, the city isn’t too big, so it was easy to walk everywhere from their apartment.

My room through Airbnb was comfortable and quiet–so quiet, in fact, that the birds woke me up every morning. And the room itself was about three times larger than anything I needed for a short stay. They even had a friendly cat that I wasn’t allergic to. The cat had a strange fascination with my shoes–he liked to rest his head on them.

Topher and Rae took their hosting duties seriously–they were better prepared than the staff at some hotels. They had a pile of guides and maps set in the room, and they were more than willing to talk about attractions and destinations.

It was a great introduction to Halifax and Airbnb. I doubt I’d rent my apartment out on the site (mainly because I don’t have an extra room), but I’ll definitely use it to look for accommodations again.