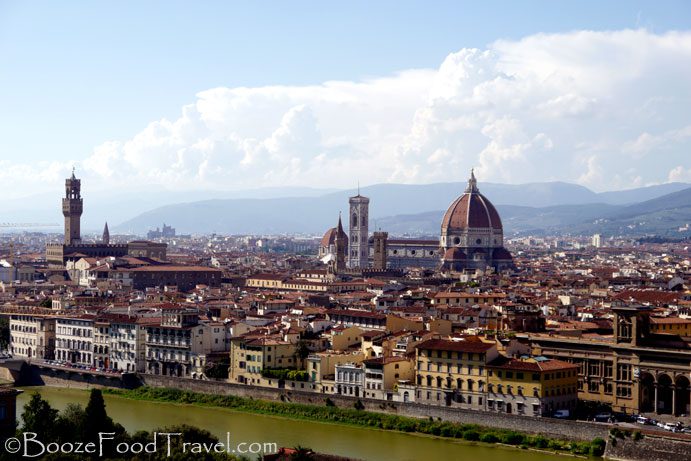 Though we travel the world over to find the beautiful, we must carry it with us, or we find it not.”
― Ralph Waldo Emerson

I’ve previously written about the fatigue travelers experience when visiting temples and churches–around Asia the temples all start to look alike, and it’s the same with the churches around Europe. Every once in a while, however, we encounter that one temple or church that reignites our interest (in some cases this occurs more frequently than expected). This was the case in Florence.

As I walked back toward my hostel on my first half day in the city, I stopped at Basilica di Santa Maria del Fiore, also known as Il Duomo di Firenze. I had seen this architectural marvel from Piazzale Michelangelo as I looked out over Florence on a clear, yet oppressively hot, August afternoon. The iconic symbol of Florence stands out among the exquisite architecture that fills every corner of the city — it’s one of two structures that towers over everything else, the other being Palazzo Vecchio. 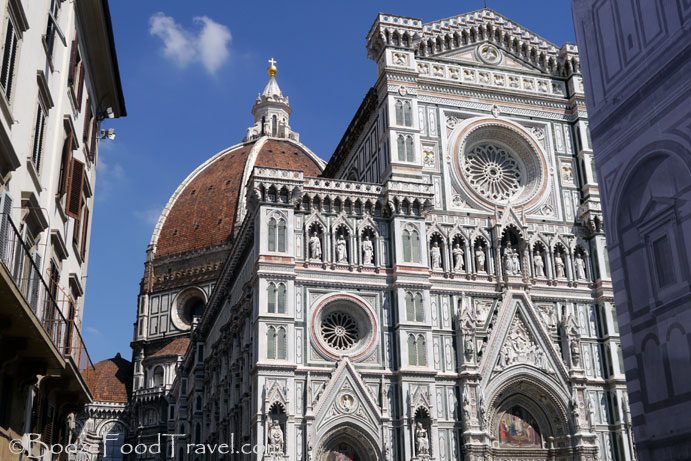 I was fortunate to show up in the city on a quiet Friday afternoon — I entered the Duomo about an hour before they closed the doors to tourists for the day. There wasn’t a line to enter the cathedral, which was why I decided to have a look despite my exhaustion. I was fortunate to enter just a few minutes before the start of the free English tour, so I was able to learn a bit of history while gazing at the art that is the interior of this grand cathedral.

I admit that the exterior of the cathedral is more impressive than the interior, but it’s still amazing, particularly the painting of The Last Judgement by Giorgio Vasari and Federico Zuccari on the inside of the dome. The work was completed in 1579.

The Duomo was started in 1296, but wasn’t completed until 1436. Michelangelo’s “David” was supposed to stand atop the dome, but the statue was never hoisted to overlook the city. “David” was supposed to be one of 12 Biblical figures around the cathedral, but the others never adorned the structure either. There was a sculpture of Joshua by Donatello in the Duomo, but it disappeared in the 18th century. 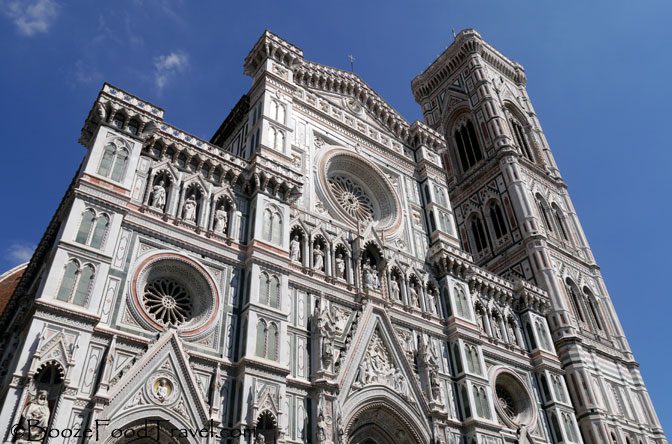 There’s a lot more to see in and around the Duomo, but it certainly isn’t free like the cathedral. For an additional price there’s a museum in the crypt and visitors can also climb stairs to the interior of the dome to see cathedral from above. Outside, visitors can pay more to climb Giotto’s bell tower, and there’s always a long line for that. There are combo tickets along with the Baptistery of St. John across the street. After budgeting for the Uffizi Gallery and Accademia, along with all the food, I wasn’t enthusiastic about spending more euros for a crowded view — I already got the best view of the city from Piazzale Michelangelo. 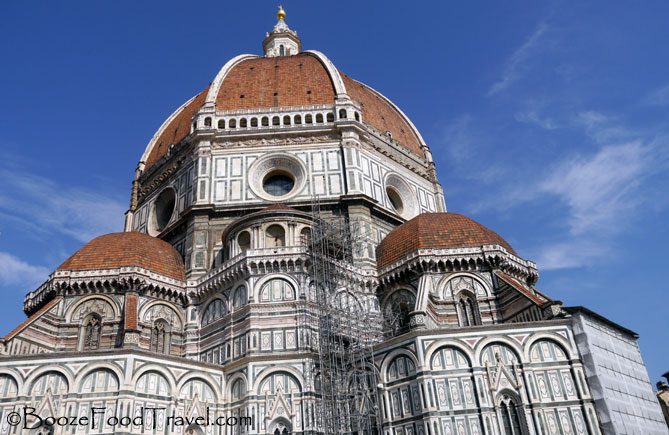 As usual, There was a portion of the Duomo covered by scaffolding for restoration work. Fortunately, it wasn’t entirely encased in scaffolding like the Baptistery of St. John.

What church or temple has reignited your interest?