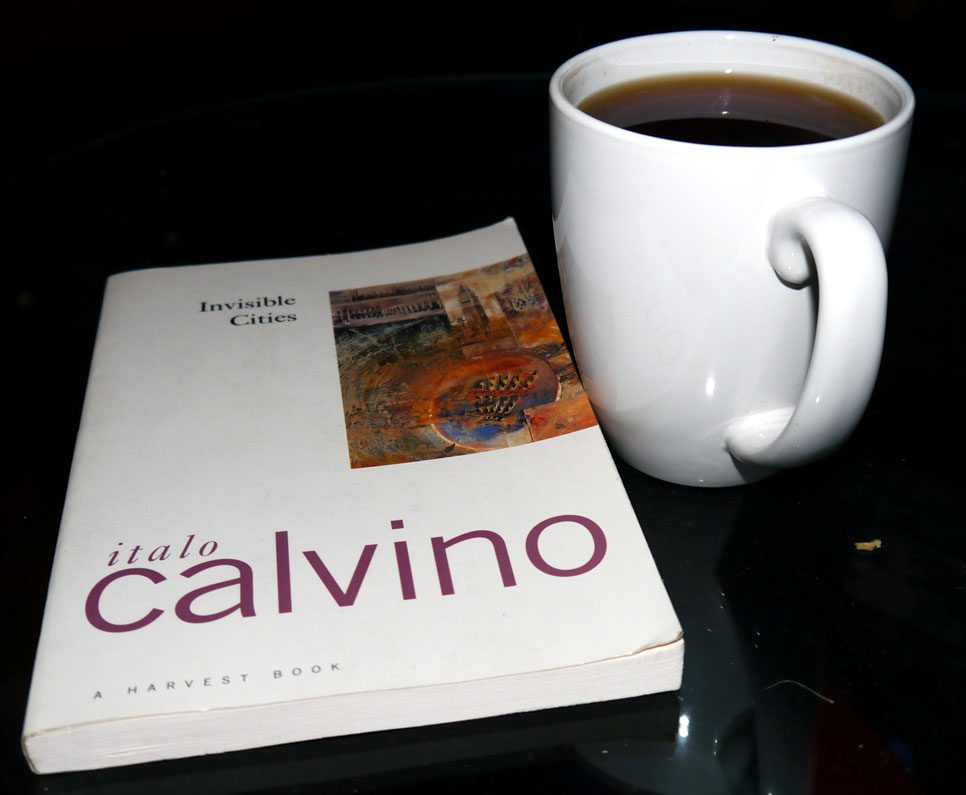 I don’t usually read travel books, unless they come highly recommended. Peter Hessler’s work, while not technically travel books, would be my choice of reading material — it’s work that connects travel with politics, history, and current events. But, every now and then I come across works of fiction that either inspire travel or relate to the experience of travel.

Travelers often think in stories, and the stories they tell aren’t always about what is available in a typical travel guide. Do we tell our friends and family about the history of a place, or do we just talk of the unusual shop or interesting people we find in that place? Italo Calvino’s Invisible Cities is the collection of stories that travelers tell.

Calvino frames the brief stories of the cities in the tales that Marco Polo tells Kublai Khan — each city is supposedly a part of the Mongol Empire. There’s a development in the relationship between the explorer and the emperor; as time progresses, the ability to communicate improves. It starts out with Polo telling his tales through charades, through which Khan can only assume meaning.

It isn’t much different from traveling through a foreign country in which one doesn’t understand the local language but makes attempts at communication nonetheless. But, over time, gestures and languages are more easily understood (or implied, as the case may be). In Hypatia, a philosopher says, “Signs form a language, but not the one you think you know.”

Marco Polo regales Kublai Khan with stories of cities that may or may not exist — even Khan questions whether Polo has even really seen the impossible places of which he speaks. The first line of Invisible Cities emphasizes the point with, “Kublai Khan does not necessarily believe everything Marco Polo says when he describes the cities visited on his expeditions.” In some ways it reminds me of telling stories about central Hong Kong with its escalators through the levels of the city, and the miles of pathways between buildings making it possible to walk without ever setting foot on the ground. I’m sure there are plenty of people who wouldn’t understand this description, and still others who simply wouldn’t believe it without photographic evidence.

One omission from Polo’s cities is Venice; even Khan asks why he has neglected to speak of his home. Polo’s reply is, “What else do you believe I have been talking to you about?” Polo explains that every city’s story is told from the perspective of Venice and his experience between the two.

Travelers always have to tell their stories from the perspective of the familiar — telling the audience about a new place or experience with a reference to something similar. Many times, travelers refer to homes when speaking of what they see at the time of encountering a new place. There were countless times that I was asked how I liked a place, and the answers were usually framed with references to my home or other places I’ve been.

Italo Calvino’s Invisible Cities is a traveler’s reminder of how to tell travel stories, and sometimes how ridiculous or improbable the stories might sound to the audience.