“Memories, even your most precious ones, fade surprisingly quickly. But I don’t go along with that. The memories I value most, I don’t ever see them fading.”
– Kazuo Ishiguro, from Never Let Me Go

Hong Kong was never my home, but it was there when I needed it. Amid the congestion of Kowloon and Central, I felt at ease. It was an escape during my years living across the border in Shenzhen — crossing a border between China and “China” that required four stamps in my passport for the round-trip journey. Few people may use the same words to describe the city, but it was an oasis — it was familiar, yet different, which is what made it comforting in those years.

But the days of comfort have dwindled, not because I departed Shenzhen, but because Hong Kong has lost its perceived independence.

The first time I visited the city, it was to see my uncle who was there on business — I was able to take two buses to the single subway line to the Luohu/Lowu crossing to receive an introduction to what was on the other side. My coworkers would joke that in the summer months Hong Kong was five degrees cooler than Shenzhen — we felt the air conditioning kick on as soon as we stepped over the border in the crossing to get our passports stamped for the second time. It felt like entering another world.

Hong Kong was always there when I needed it. When I wasn’t sure how I’d remain in China, I made a visa run across the border from Shenzhen with documents that would, I had hoped, provide me with a three-month business visa. Despite hiccups in the process, I was able to return to my apartment in China and begin a new job that led to a better one a few months later.

The city was there again when my grandfather passed away. I was unable to return home for the funeral, but I could spend time in Hong Kong with my uncle who was also stuck on that side of the Pacific — we shared stories and a dry martini overlooking Victoria Harbor and the skyline of Central, a view and drink my grandfather would’ve appreciated.

The memories will stay with me, even if that version of Hong Kong has faded.

The Chinese government had been chipping away at the so-called Special Administrative Region’s autonomy for years, and it came to a head with the extradition bill, which Chief Executive Carrie Lam was forced to withdraw to quell protests that incited pro-Beijing violence against Hong Kong’s youth. And the bill’s withdrawal did not quiet those protestors who desired greater autonomy from Beijing’s control. The Chinese government pushed back with the introduction of a law that outlawed wearing face masks in public, though Hong Kong protestors continued to resist.

I had hoped that the resolve shown by the Hong Kong public would push Beijing to take a laissez-faire approach to the city, but I knew that would not be the case. The Chinese Communist Party could never back down, else it’d lose face. It would simply bide its time and seek a new avenue to implement a plan to control the population.

It wasn’t until the start of 2020, with the threat of COVID-19, that the protests disappeared. And with the world distracted by the pandemic, the Chinese government took action again to choke any hope of autonomy from Hong Kong. The new security measures to be implemented mean the city will not be that same oasis I knew.

What was once the freest city in East Asia has lost its title. I never expected Hong Kong to remain the same, but I wasn’t prepared for such a change.

And there is more to come. Even during the protests at the end of 2019, businesses began drafting exit plans, with many looking to Singapore while other international companies opted to open offices in Taiwan. Between declining mainland tourist spending, the protests, COVID-19, and China’s new “security measures,” businesses and workers have felt pressure to abandon Hong Kong.

The last time I visited Hong Kong was in 2016, when I lived in Taipei. The city had changed somewhat from my previous time there in 2009, but it was all cosmetic; Hong Kong remained the same in many ways. There were new buildings to replace the old and many more mainland tourists than I used to see. But it still felt familiar and comfortable. 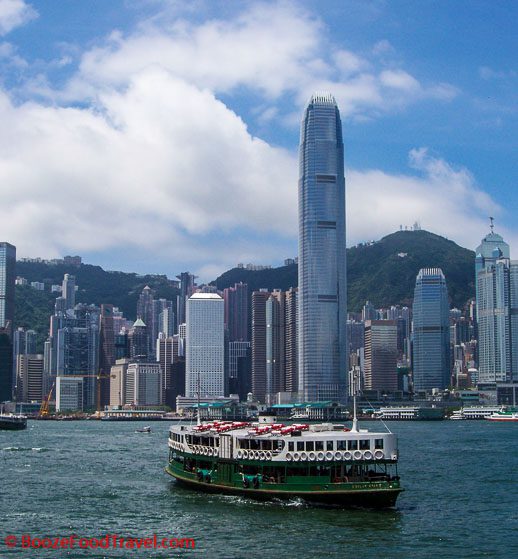 One sight that had disappeared was the ever-present protest outside the Star Ferry terminal in Tsim Sha Tsui — I had ignored it on most of my trips, but remember my ex-girlfriend and her mother on their first trip outside the mainland stopping to read the signs. They had never heard of anything like the accusations displayed. I was surprised that China hadn’t already eliminated such displays to shield its citizens from government criticism. I took such displays for granted then, though it was refreshing to see what was hidden across the border.

There was always more to the city than the business hub. I had only explored a piece of what Hong Kong was, and I desired to see it again, to see what I had missed.

But moments like that aren’t what I’ll miss about Hong Kong. It’s more about the loss of the city I once knew. 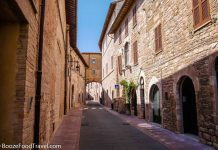 Finding Friendship on the Road