Around him swarm the plaining ghosts
Like those on Virgil’s shore—
A wilderness of faces dim,
And pale ones gashed and hoar.
-Herman Melville, from In the Prison Pen

During the day in Seoul, I sent my parents on the tourist trail to the places I had already seen–I had little interest in revisiting the palaces and museums, and I was less enthusiastic about waking up early on this vacation. I headed out on my own and caught up with my parents later in the day. 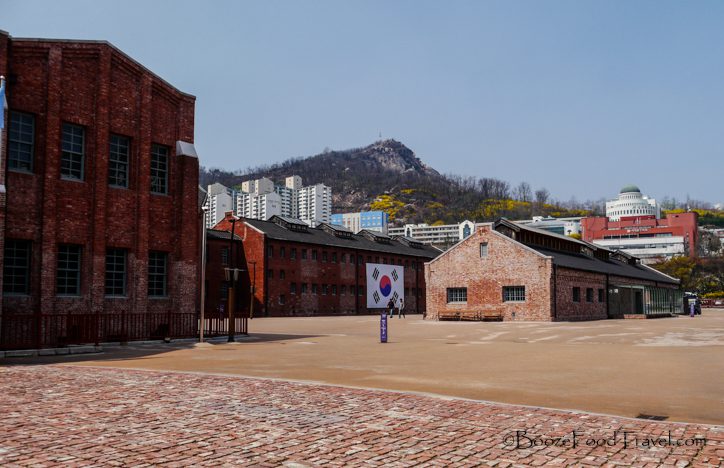 I decided to stroll around on the sunny day to the west of Gyeongbokgung, the main palace, as I had never been in that direction. I expected to find more neighborhoods similar to Bukchon, but I was mistaken–the historic neighborhood ended and Seoul became almost boring for a stretch, but I could still enjoy the unfamiliar streets.

After a fair distance wandering, I came to Seodaemun Independence Park and the arch to its entrance. At the time I only knew this as a park and nothing more, so I crossed the street to wander through and find what was there. I was attracted by the Independence Gate, which resembles the Arc de Triomphe in Paris in its design (though much smaller). 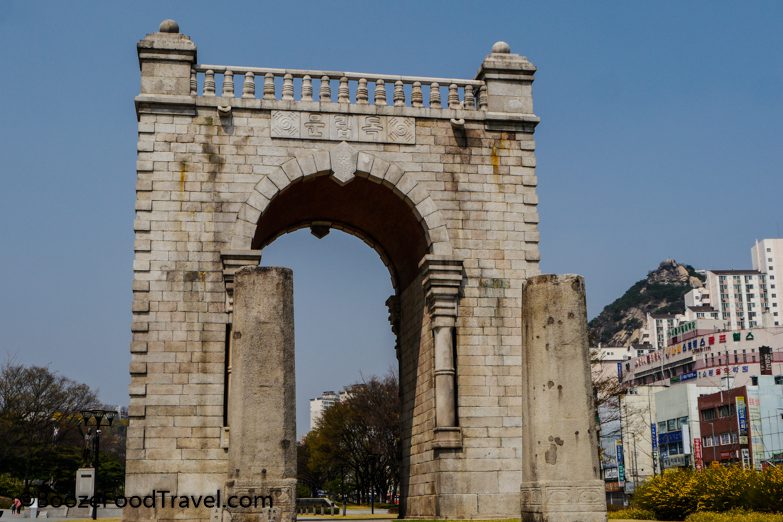 While, the main destination in the park, and more or less all I saw, is Seodaemun Prison History Hall, the park also has other monuments such as a statue of journalist and independence activist Soh Jai-pil. As I didn’t know what was in the park, I only took a brief look at everything before finding the large structure that is Seodaemun Prison History Hall.

The prison opened in 1908 just before Japanese occupation and was used to detain independence activists after 1910. Conditions were poor for the prisoners, and there is evidence of torture remaining at the site. The original design of the prison was for 500 people, but at it ended up with nearly 3000. 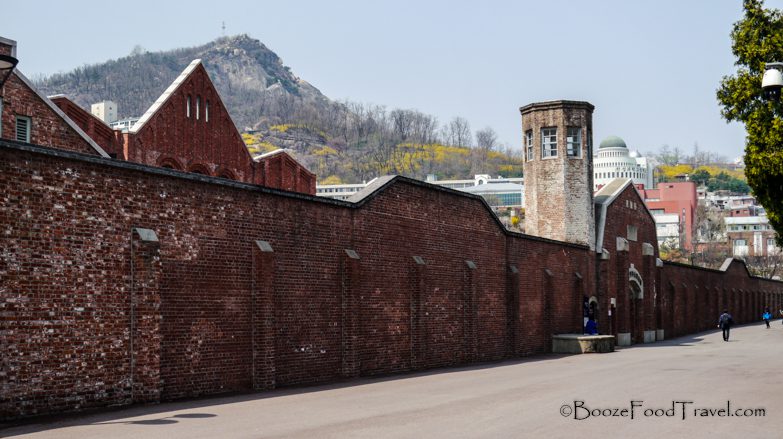 Unlike the S-21 in Phnom Penh, Soedaemun Prison is more focused on history and the movement toward independence and democracy in South Korea, which makes this museum a bit less depressing and mentally exhausting.

Of course, there are parts of the museum that showcase the inhumane treatment of those unjustly forced into the prison’s confines. There were some rooms that were too short to stand straight but too narrow to sit.

Even the exercise yard was a form of isolation–the fan-shaped brick structure didn’t allow prisoners to communicate during their time outside. It shape also allowed guards to easily observe the inmates when they attempted to communicate.

The most disturbing of sights at the museum was probably the corpse removal exit–a tunnel in a corner of the facility hidden from view of the prisoners. There was no indication as to whether it was still used after Japanese occupation.

Some visitors, such as myself, would think that a prison for independence activists would have been shuttered after post-World War II independence. However, the South Korean government decided to maintain the prison for its own anti-government activists who protested the US-supported dictatorship. It even continued to be used until democratic reforms arrived in the country in 1987. It didn’t reopen as a museum until 1992.

While conditions at the prison supposedly improved after World War II, they weren’t much better. Prisoners continued to be tortured under a brutal regime, though much of the treatment of prisoners during that time was glossed over at the museum.

Admission to the museum was only KRW 3,000, which at the time was less than $3. It was certainly a worthwhile find on my wandering journey through Seoul as I was able to learn a bit more about history.