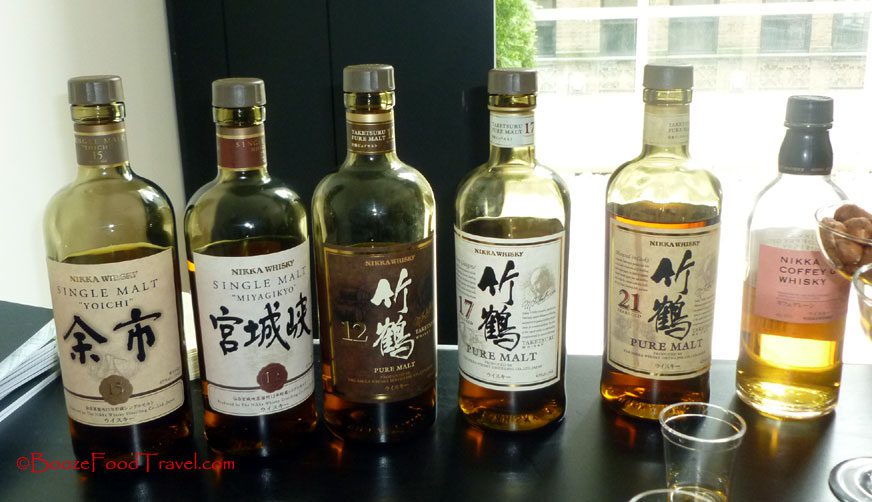 On Saturday and Monday I headed over to the Andaz Hotel across from the New York City Public Library for the Industry Invitation as part of the Manhattan Cocktail Classic. I spent a lot more time there last year, but didn’t have the time/energy to do as much this year. I was so tired that I skipped Sunday entirely (and because of work, I couldn’t make it to the Indie Spirits Expo on Tuesday).

I spoke to a few people who were at the event last year, and they seemed to think this year’s was missing something. I must admit, it felt like there were fewer spirits and cocktails to taste. But that didn’t limit my overall enjoyment of what was available.

There were some very interesting new spirits to try this year. The most interesting was Pavan, a French liqueur made from muscat grapes. It’s a very sweet drink that needs to be mixed, and they had a few cocktails to try with it. I thought the sangria was still a bit sweet for my taste, but the equal parts iced black tea with Pavan and a little lemon was very good–great idea for a summer barbecue.

Another sweeter spirit was Cabin Fever maple whiskey. After talking with the owner of the company, I realized this whiskey is made for mixing (and apparently cooking). It has a distinct, strong maple flavor and aroma that can go well with a lot of cocktails–I think it might work in a mint julep and help cut out a lot of simple syrup.

On the non-sweet side, there was a single malt whiskey from France, Brenne, which is finished in cognac casks. It was more floral and less peaty than Scotch, but very smooth. There was also Mizu shochu, a new Japanese liquor to the US market, which was surprisingly versatile in cocktails (and quite good with just a little ice).

The best cocktail presentation went to Chase spirits for the William Fennel Flower cocktail with elderflower liqueur, gin, apple, fennel, raspberry, and lemon. My cocktail didn’t look as impressive as these two, but tasted just as good.

The best non-alcohol highlight of my days at the Manhattan Cocktail Classic was a shave courtesy of High West Whiskey and Truman’s. I didn’t really need a shave, but how could I pass up having someone else shave me me? It was a relaxing experience that ended in a whiskey cocktail. You can find Alberto at Truman’s on Madison Ave. between 30th and 31st Sts.