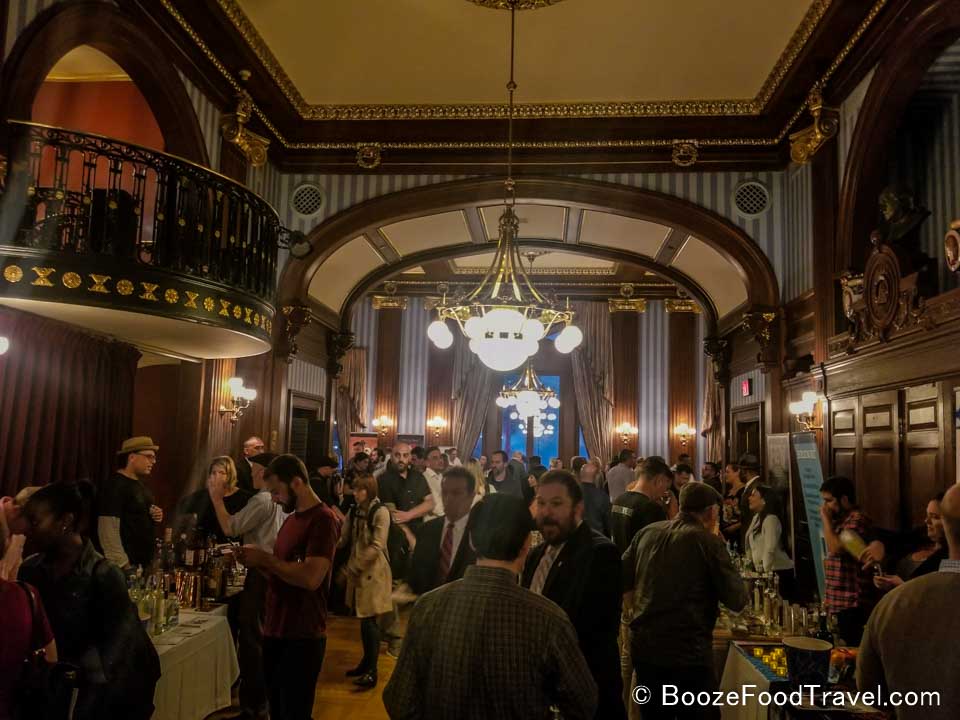 It’s been a long time since I last attended a liquor event, and the Indie Spirits Expo on June 10 in Manhattan was an excuse to try quite a few new spirits. It was also a reminder that I’m getting older and my tolerance is much lower.

This year’s Indie Spirits Expo was hosted at the Penn Club — a University of Pennsylvania alumni club in New York. This is an exquisite building with a beautiful library/lounge. I would’ve liked to spend more time in the library with drinks instead of tasting all the spirits in tiny plastic cups. This is what I missed out on by not getting an ivy league education.

As an invited industry guest, I was able to enter the event a half hour before those who purchased tickets. It was a great opportunity to meet distillers and sales staff — I got to hear a lot of stories behind the spirits I tasted (and I took poor notes that evening).

I survived the event on plates full of cheese and breaks in drinking. I should’ve just left early, but I stuck it out to the end in an attempt to expand my network (and maybe get some sample bottles for review). I was disappointed that there was no water station, which is definitely a sign that I’m getting older. There was water available downstairs in the library, however. 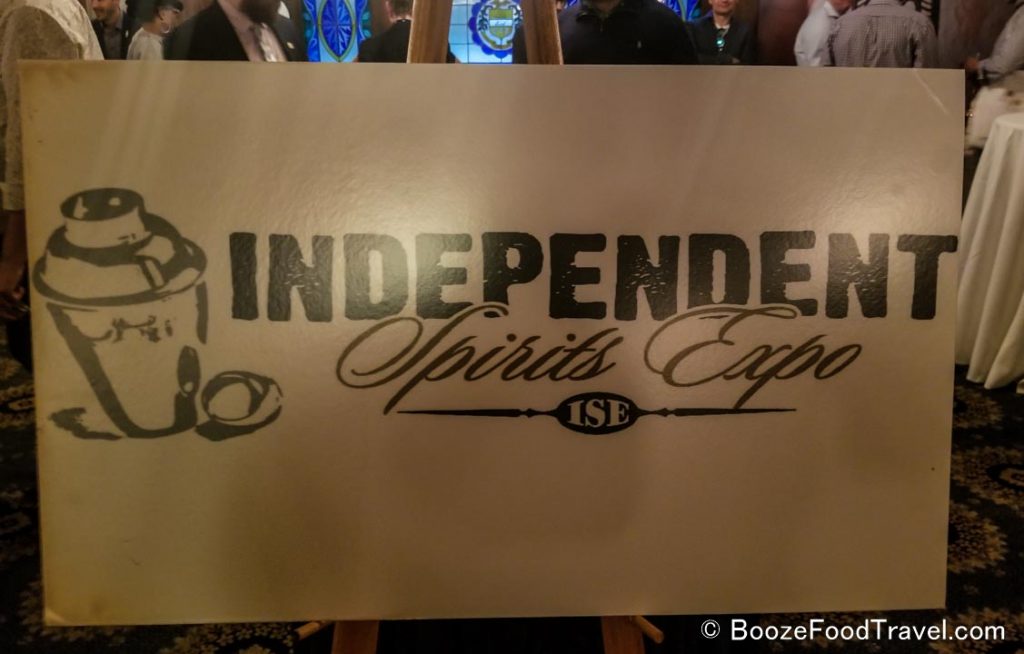 Even at only a quarter ounce per pour, it was too much to drink everything offered. I didn’t even drink the full quarter ounce I was given — I knew that I only needed a drop of it on my tongue to get the impression of the spirits.

Everything I tasted at the Indie Spirits Expo was good. I would say that there were only a few drinks that were not to my taste, but that doesn’t mean that other people wouldn’t enjoy them. Case in point: I met theboozemuse at Blackened whiskey, a blended bourbon made in collaboration with Metallica (the whiskey is aged while Metallica is played to the barrels). This is not a bourbon I’d drink often as it’s got a strong smoky flavor. But for whiskey drinkers who enjoy heavily-peated scotch, this would be great.

There was also my introduction to the Greek liqueur Homeric Mastiha, which is made from an aromatic spice. It’s quite sweet and definitely not something I’d drink on its own. I was told that it’s better over ice to mellow out the sweetness, but it could also be served over a dessert such as ice cream.

And I tried genever, which is more or less the predecessor to Icelandic Brennevin and a version of Dutch gin. It’s a caraway spirit that not many people seem to enjoy. I thought it was alright, but I have absolutely no idea how to make a cocktail with that flavor (can you serve it with pastrami?).

The event also had a nice mix of tequila, mezcal, and Xtabentún, which is a Mexican anise liquor with a bit of honey that I didn’t get to try in Mexico. I definitely enjoyed tasting the small batch mezcal because it’s unlikely that I’ll ever get those again. There was also a delicious cocktail that used tequila to make a sort of Mexican coffee drink.

The majority of drinks at the Indie Spirits Expo were whiskey and gin. I skipped most of the gin because I’m not a fan of most gins. About half of the whiskey at the even were new to me, including Starward from Australia (who knew the Aussies made their own whiskey).

The experience of hours at a crowded liquor-tasting event reminded me that I’m not the same person who started this site over six years ago — I can’t drink near as much as I used to (thankfully) and I don’t like crowded events in smallish spaces. I will probably continue to go to these events, but I will spend the entire time attempting to drink everything.