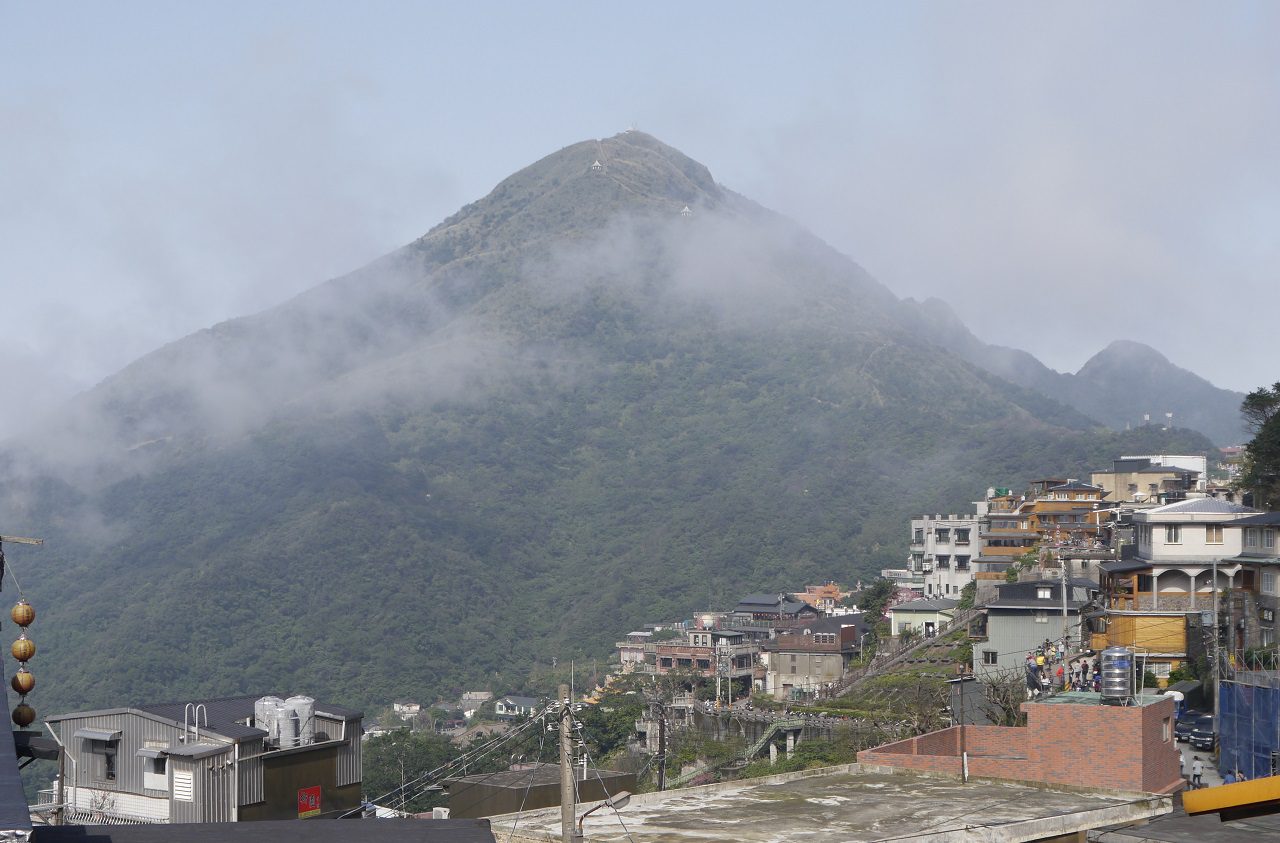 “Once you do something, you never forget. Even if you can’t remember.”
– Zeniba, Spirited Away

Just before the Chinese New Year, I took a day-trip to the far reaches of New Taipei, to the old mining town of Jiufen (九份). I headed out on a long bus ride from central Taipei to this small town in the mountains — the hour and a half ride cost less than $4 and I was fortunate enough to have a seat (on heavy travel days plenty of passengers have to stand for the entire ride, which wouldn’t be much fun on the winding mountain roads). I met a few expats and visitors while waiting for the bus — I had just missed it; it turned the corner as I exited the MRT station, so I had to wait 20 minutes for the next one. Two of the expats were showing a relative around and had been to Jiufen before; they told me where to get off the bus and which direction to head from the stop (I ran into them again on the way to the bus back to Taipei). Jiufen has some interesting history, which began with nine families calling the village home, giving the town the name that translates to nine portions. The mountainside settlement became a mining town with the discovery of gold in 1893. Allied POWs were sent to work in the mines during World War II. When the mines were closed in 1971, the town faded into history. In 1989, A City of Sadness, about the 228 Incident in which the Kuomintang massacred anti-government protesters and began the White Terror in Taiwan, was filmed in the town and led to some increased interest in Jiufen. However, it wasn’t until Hayao Miyazaki’s 2001 Academy Award-winning animated film Spirited Away that tourism began to revive the town. Jiufen was the inspiration for the town in Miyazaki’s film, which led to greater interest from Japanese tourists. Once off the bus, I headed for the old street, which is the touristy thing to do in Jiufen as well as in all the other little towns of New Taipei. The narrow streets lined with souvenir shops, food stalls, and restaurants was crowded with tourists who walked much too slow for my liking. As soon as I saw an opening that led to empty streets, I wandered off the tourist path. As I wandered through winding streets, I escaped the people. After continuing on a path that I only led up, I found myself at the top of the mountain at Lutou (露頭) overlooking Jiufen to the north (it was difficult to make out the characters on the faded sign, which made it difficult to locate on a map). I saw no one along the trail. I did find a broken, discarded motorbike and wondered how it ended up there with no road and all the steps up the mountain.

I rested at the peak and watched the clouds roll through between Jiufen and the surrounding mountains. It was then that I realized I had forgotten to bring a bottle of water with me — that was my next stop when I finally reached the town again.

After a break for water and some boozed-up coffee on Jiufen’s old street (how could I pass up some caffeine with Amarula Cream?). I wandered with my coffee through other, wider roads that lead to who-knows-where (maybe I should’ve picked up a map when I arrived).  That’s when I saw a sign for yet another hiking trail — to Keelung Mountain.

I figured Keelung Mountain (基隆山) wouldn’t be too difficult of a hike as I noticed other tourists there. The distance listed on the sign didn’t seem imposing, so I figured I’d take another hike and find another angle to view the town. It wasn’t as easy as I had expected. It was a lot of stairs straight up the mountain. This trail would provide an amazing view for the sunset and to watch the lights of the town in the evening. I, however, was not fortunate enough to have a decent sunset or a flashlight to help me down the unlit stairway. More clouds rolled through and it looked like it might rain — the sun was blocked as it began to set behind the mountains. I could just make out the harbor leading to the East China Sea in the distance, but it was disappearing from view. As I looked back at Jiufen, I saw more elaborate tombs on the side of the mountain than homes. Many of the houses are in disrepair while the family tombs are well maintained.

I headed back to town as the sun set and had a quick bite to eat and more water at the convenience store. I waited a half hour to get on the crowded bus (I was fortunate to have a seat again) bound for Taipei. The next day my legs were sore and I had difficulty getting out of bed, but it was worth the pain of muscle recovery.

Have you visited Jiufen? Where were the best views?