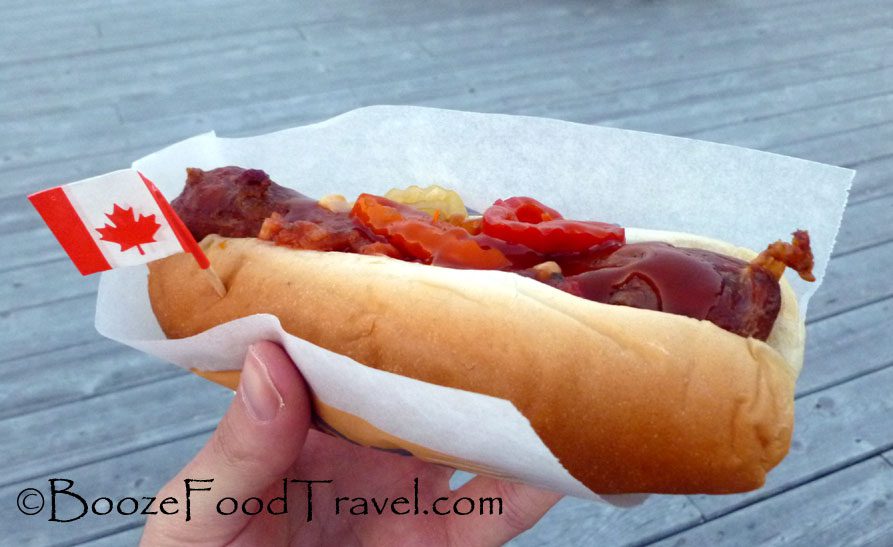 Before booking my flight to Halifax, I wasn’t paying attention to the dates, only the days of the week. It worked out in my favor as I was in Halifax for Canada Day on July 1.

The downside to being in Halifax for Canada Day is that a lot of shops are closed and residents are on vacation. There are still plenty of tourists to fill the void though. There were plenty of events around the city to keep me busy between long walks to see the sights.

One friendly bartender showed me the parade route, of which I caught the tail end. I missed out on the visiting international militaries that were putting on shows. I also missed out on the free concert in Dartmouth (I took the ferry over early in the day and realized there was nothing to do until much later). But I did get a tour of the Government House–they offered free tours for just that weekend.

Instead of searching for more to do around Halifax, I rested in the late afternoon before heading back out to the roof of the Farmer’s Market to watch the fireworks over Halifax Harbour.

I watched the boats go by in the sunset while enjoying a Montreal smoked sausage. The smoked sausage was excellent–it was like a smoked chorizo. It was also one of the cheapest meals I had.

I returned to New Jersey for July 4. I was prepared to ride my bike along the waterfront in search of a place to watch the fireworks on the Hudson River (it would be so much easier to watch if they moved the fireworks back to the Statue of Liberty), but the heatwave sucked all the motivation out of me. Instead, I enjoyed a relaxing evening at home–really a great way to celebrate independence.