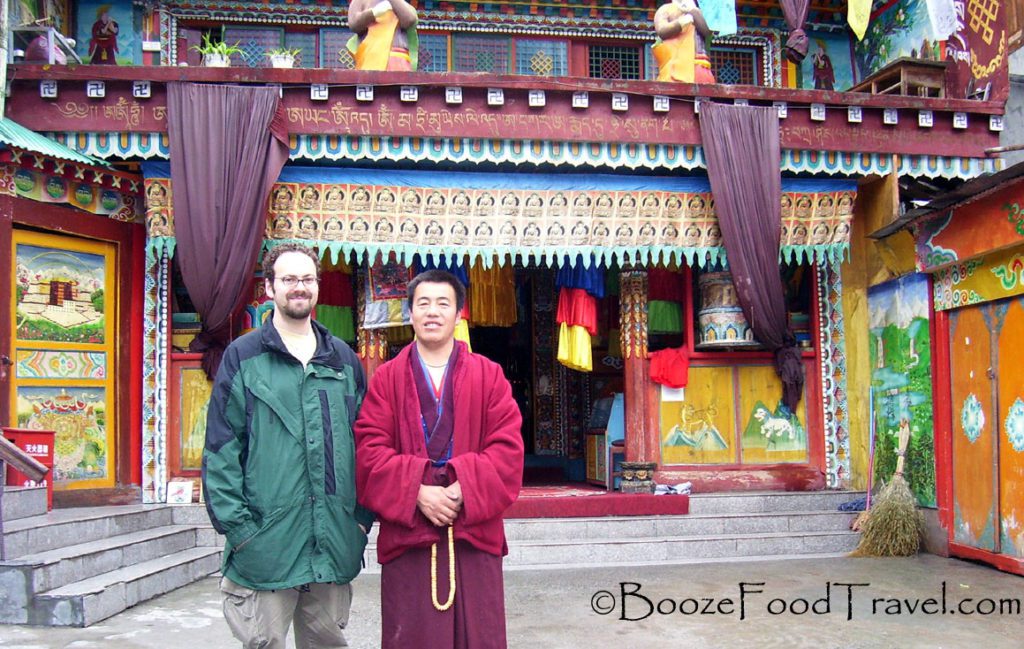 On my second major holiday journey during my time in China, I traveled to northern Sichuan Province to visit Jiuzhaigou National Park. This was the only time I visited a Tibetan region of China as it was (and still is) rather difficult for foreigners to access the province of Tibet. I stayed in Shuzheng village to avoid paying a second entrance fee for my two days in the park–during national holidays the park only grants single-day admission tickets. After pushing through the crowds at the entrance to the village, I came across a small Buddhist temple. It was nearly devoid of tourists and provided a sense of peace among the throngs of tourists that set upon the park. I met the monk who resided there with a little help in the translation–my Chinese wasn’t very good and his English was non-existent. He was the first Buddhist monk I met, which is odd since there were quite a few that visited my graduate school.

Through the course of our meeting, I was blessed with a Tibetan prayer. It was the first time a monk had blessed me, but it wasn’t the last. I was also blessed and given a threaded bracelet at a Burmese Buddhist temple in Penang, Malaysia. The thread broke within a few days, but it has lived on inside my wallet–it has stayed there for over four years.