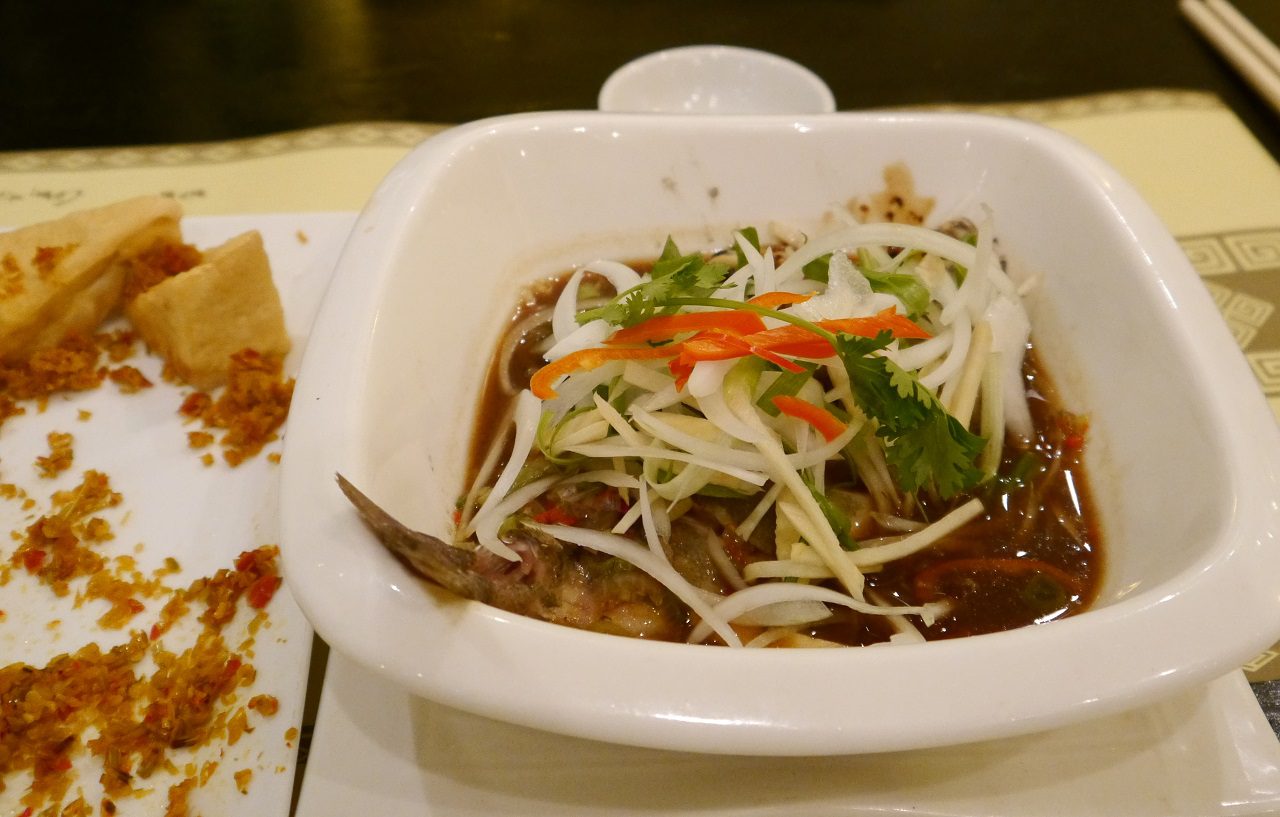 First it was his tweet about the egg sandwich at Lawson in Tokyo that didn’t exist at any of the Lawson stores I went to. I ended up with some other cheap sandwich that didn’t live up to expectations and wasn’t nearly enough for my usual lunch break. I cursed Anthony Bourdain for weeks after that. Fortunately, I tried plenty of other wonderful food in Tokyo.

I had forgotten about that disappointing sandwich encounter when I headed to Vietnam and Cambodia. During my last couple weeks in Ho Chi Minh City, I checked out the Travel Channel website for restaurant ideas — they have maps of places that Bourdain and Andrew Zimmern (and other travel show hosts) have gone. There wasn’t much near my neighborhood — most of the restaurants were in other provinces or far-off districts of Saigon. But I found two places on the No Reservations page that were just long walks from my apartment in District 1.

One of the restaurants sounded a little upscale while the other seemed more in my price range. Obviously, I searched for the lower-end restaurant. I sort of located it on Google Maps — it was down an unmapped alley, so I had to guess a little, but found the surrounding main streets to make it easier. The neighborhood was undergoing major construction/renovations. It appeared that almost everything had changed since Bourdain filmed his No Reservations episode there a few years ago. Fortunately, the other restaurant was nearby — I mapped that one as well as a backup plan. It also didn’t exist. I could hear Anthony Bourdain cursing and being bleeped out on the show.

A few blocks away from where that upscale restaurant should have been was another upscale restaurant with a similar name, Com Nieu Saigon, which happens to have several locations around Saigon. After glancing at the extensive menu, I decided to give it a try — it was over my usual budget, but I hadn’t splurged on a good meal since my last night in Hanoi.

The only problem with eating at such a place during the final week of a stay is that you want to use as much of your local currency without spending too much. I had a budget for the week that included my airport taxi, food, drinks, and miscellaneous expenses. I had to budget my fancy dinner appropriately.

There was also the problem that the menu sounded delicious, but I had no one with whom to share the meal — I couldn’t sample a few dishes; I could only order what I could eat on my own. I settled on a small vegetarian dish and a fish.

I’m not sure what possessed me to order tofu — most tofu dishes are bland and have the texture of mush. Somehow, chili lemongrass fried tofu appealed to me for a moment. And it was freshly fried tofu, which meant that it was a little crispy on the outside, but melted on the inside. And the ground chili and lemongrass that covered the tofu gave it enough flavor to mask the fact that I was eating tofu. It would have been better if the chili and lemongrass was more of a sauce to coat the tofu, but it was still pretty good.

I wanted to order something that sounded different, and asked for cirrhinus fish country style, but I was told they didn’t have the fish that day. After a few minutes of browsing the menu again, I opted for the steamed butterfish with black bean sauce. The sauce was rather light, but there was plenty more flavor from the garlic, onion, and cilantro.

The restaurant was surprisingly quiet considering I arrived well after 6, but it got more crowded by the time I left. Most of the customers sat outside — I would’ve done the same had I not walked around in the heat for two hours before sitting down. Inside or out, Com Nieu Saigon offers a great atmosphere that really should be shared.

There’s no need for me to follow Anthony Bourdain anymore. He provided good suggestions in Reykjavik, but I’ve now managed to find my own local delicacies. 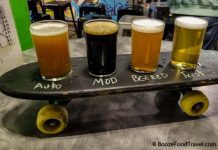