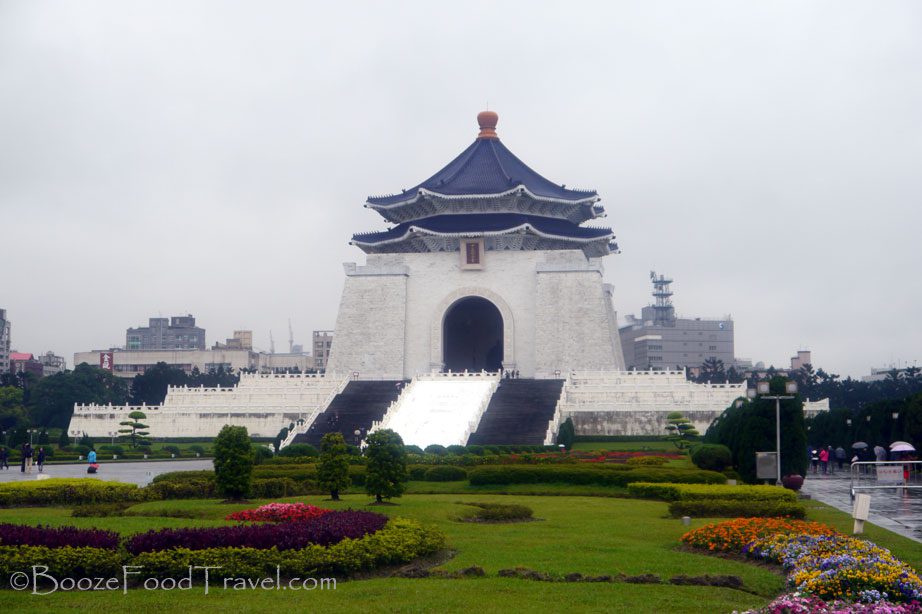 Their baggage
was all in cardboard boxes. The plane was delayed,
the rumor went through the line. We shrugged,
in our hopeless overcoats. Aviation
had never seemed a very natural idea.
– John Updike, Flight to Limbo

I returned to Taipei at the end of July; the sweltering heat and humidity had yet to subside as I arrived at Taoyuan Airport to discover that my luggage hadn’t arrived.

A sign at baggage claim had my seat number listed with a different name next to it — I headed to the EVA Air customer service desk to see what the problem could be. I was informed that my only bag — the suitcase that held all my clothes, toiletries, etc. for my new life in Taiwan — had not made my connecting flight.

I had a two-hour layover in San Francisco and United did not transfer my suitcase to my onward flight (never mind that I had to walk across the ENTIRE airport to change planes and I was exhausted because I couldn’t sleep on the Newark-San Francisco flight because of multiple crying children, which added to my bout of jetlag upon arrival in Taipei). EVA was kind enough to deliver my suitcase two days later — it took more than 24 hours for United to put it on a flight to Taipei. They also gave me NT$1200 (a little less than US$40) to purchase necessities (United grudgingly offered an apology and said I should request compensation from EVA for United’s failure). I was able to buy a tshirt and underwear at Uniqlo and a cheap towel, deodorant, and toothbrush at the grocery store to help me survive those two days (the towel was most important as I hadn’t showered in 30+ hours). I desperately wanted my shorts from my suitcase as the late-July heat made wearing jeans uncomfortable.

Once I had some clean clothes and a shower, I set out on my adventure to find more permanent accommodations. I knew in desperation I could head back to my previous hostel and save a little money, but I didn’t think it’d be worth the hassle of returning (plus the bed was rather uncomfortable). I managed to find two options rather quickly through a Facebook group. I chose the larger, more expensive apartment in the more convenient neighborhood. We’ll see if I stay long term or break my lease (there’s a clause in it so I can leave early) and search for an upgrade of sorts.

Despite some problems with the new apartment (the landlord promised to fix/replace the hot plate a month ago and the washing machine is broken as well), I’ve been happy that it’s the quietest place I’ve been in Taipei (it’s nearly silent in the evening). I also invited a friend from my time in the previous hostel to stay in the extra room so I could save on rent. His friend and business partner even came to live on the couch for a month.

Of course, I haven’t spent that much time doing anything other than sleeping in the apartment since I started working. Not to mention my part-time tutoring to earn a little extra — as I wrote before, the life of an expat is not a permanent vacation. Most of my time has been spent adapting to life in a cubicle farm (what do you mean I have to follow a dress code!?). I realized I haven’t worked in an office in 12 years — that was my first job out of college when I was an assistant editor for a newspaper.

Adapting to this more stable lifestyle hasn’t been entirely easy, especially since I finished training and now have to work the afternoon-evening shift. It also seems that everyone I’ve known in this city is leaving soon — four friends have either left or are leaving in the next month (and then there are the numerous acquaintances who were only here temporarily to study Chinese — this is a temporary city for many people). I either need to start going out with my coworkers or make new friends in my limited free time.

I’ve also managed to break into the in-flight magazine industry. It’s only a small sidebar article on craft beer in Taiwan, and I have no byline because it was my interview with a beer connoisseur, but it’s still my idea and writing (though it was edited quite a bit for space). You can read it here. I plan to pitch a few more stories before the end of the year to other magazines.

Despite the usual hassles and difficulties of starting a new life abroad, it’s the decision I wanted to make. I wouldn’t have been averse to taking a job back home, but I doubt I any job in my field of expertise would pay enough for me to live comfortably. The job I have here in Taipei is a step forward career-wise and affords me the ability to live in relative comfort (although I’m foregoing some comforts in favor of rebuilding my savings for future travels and a new camera). Overall, I think this move was the best decision at this point in my life. Such a move isn’t for everyone — even I have my doubts about it every now and then despite being through it before — but somehow I’ll make it work.