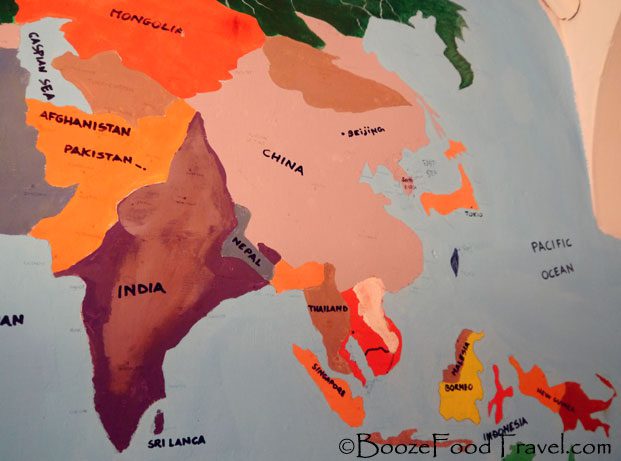 “Map-making had never been a precise art on the Discworld. People tended to start off with good intentions and then get so carried away with the spouting whales, monsters, waves and other twiddly bits of cartographic furniture that they often forgot to put the boring mountains and rivers in at all.”
-Terry Pratchett, Moving Pictures

I consider myself to be pretty good with geography–I can locate more countries than most people can, though some much smaller nations trip me up on occasion. I love looking at maps (not Google Maps, but actual paper maps), especially older ones. I was fascinated by the huge globes at the Doge’s Palace in Venice, which are a bit faded, making it difficult to locate much.

While in Florence for a weekend, one of the hostel guests pointed out the map on the hallway wall (I was completely oblivious to the fact that it even existed). He noted that there were more than a few problems.

Whoever painted this map on the wall did not use much of a guide. The land masses aren’t quite what you’d expect.

More importantly, countries are missing or completely wrong. I suppose anyone from outside the UK would agree that the island nation is just London and nothing else (that’s all that remains of the British empire, right?), plus that angle of the island isn’t quite right. North and South America were almost accurate, though slightly misshapen. I would have taken better photos of the map, but it was a difficult angle considering the narrow hallway in which it’s painted. 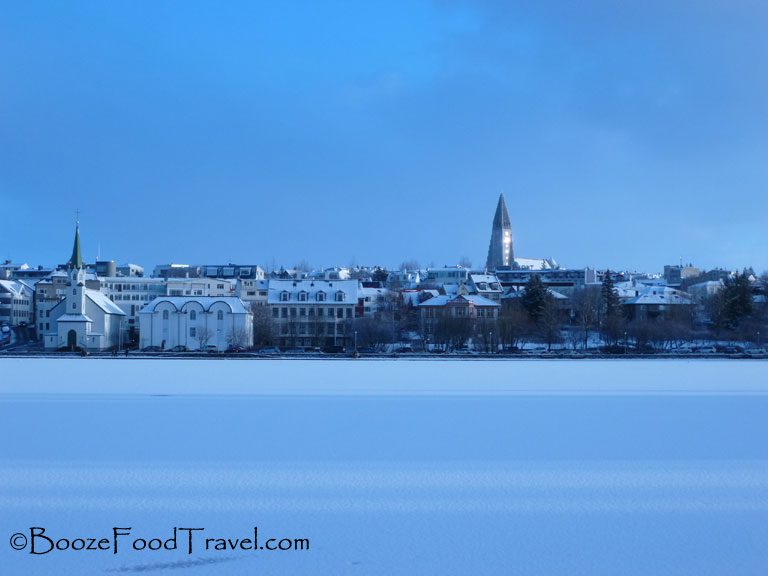 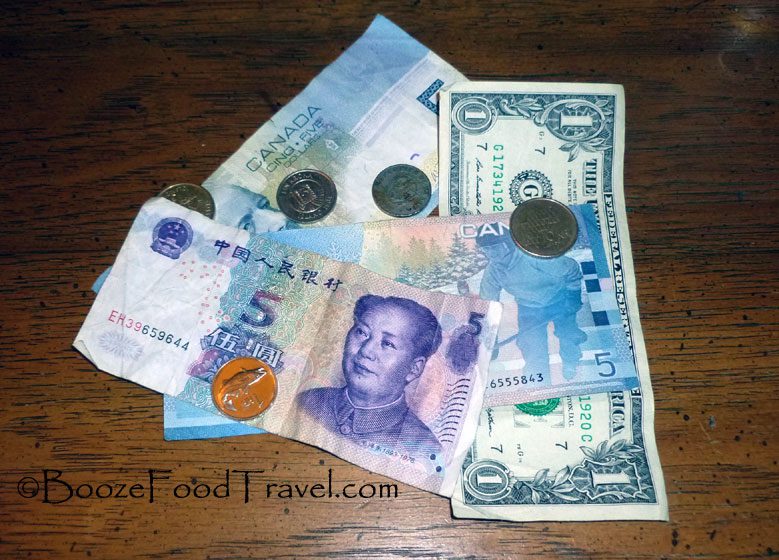