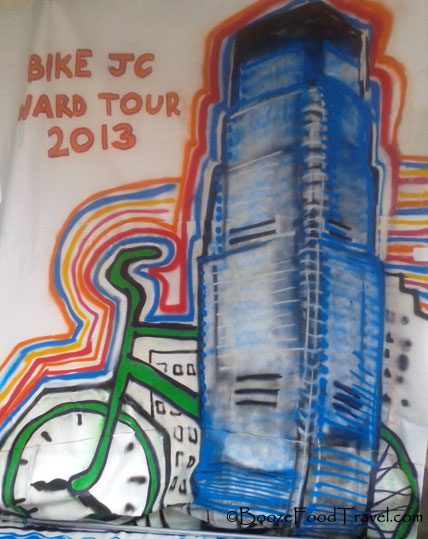 Sunday was the 4th annual Bike JC Jersey City Ward Tour. Starting from Exchange Place, the 600-plus cyclists (I assume since my bib number was 624–I can’t find official numbers) leisurely rode 15 miles through the streets of Jersey City to see each of the six wards.

Like last year, it was well organized (even started on time this year) with the police and volunteers blocking intersections for the participants to ride safely.

I decided not to stop anywhere aside from the three designated meetup locations for photos. Last year I ended up at the end of the crowd because I kept stopping for photos that really didn’t come out that great anyway.

Though it was a bit warmer than I would’ve liked, the weather was great for the ride–the huge thunderstorm didn’t roll through until much later. And at the end of the ride, it was nice to hang around Exchange Place and enjoy some empanadas and beer while watching the local bands on stage.