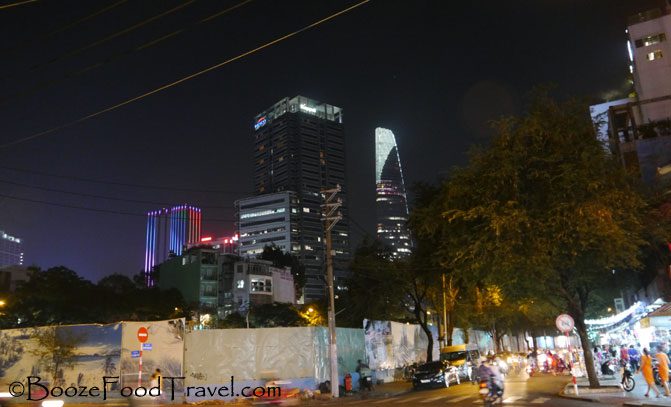 “What a weary time those years were — to have the desire and the need to live but not the ability.”
― Charles Bukowski, Ham on Rye

We travel for many reasons; we want to see history and art, experience culture, and eat exotic food. We witness life as it moves past us on our journeys, but most of us only see the sanitized lives of locals in tourist areas. Few of us see the world as the majority of locals see it.

When I visited Panama City, I saw a city in transition — it was similar to gentrification back home. Casco Viejo was being purchased by real estate companies and hotels and redeveloped into a grand destination for tourists. There were still some squatters in the more dilapidated buildings throughout the small section of the city; the building across from my hotel was entirely owned by long-time squatters waiting to be bought out.

The American owners of the hotel told stories about finding bullet holes and casings everywhere when they first bought the building to transform it years earlier. They were happy to see the violent elements moved elsewhere, but they also desired a preservation of the original character of Casco Viejo. Much of the new construction on the other side of Panama City is empty — at night you can see how few buildings have lights. People I spoke with couldn’t explain who all the development was for or when enough people would move to the city to make it all worthwhile.

When tourists, businessmen, and expats move in, many of the original residents are left behind in an economic boom. Some of the locals will take advantage of the opportunities, but most are forced out due to a lack of education and the means to support a life that grows more expensive with the ensuing development.

After my sightseeing trip to Cambodia, during which I witnessed extreme poverty and exploitation of women, I returned to Hanoi. In the tourist center of the Old Quarter, redevelopment is slow. Businesses are certainly busy with the tourists providing enough money to keep it all running, and better educated Vietnamese are wandering through with more disposable income to join in the activities that are still mostly filled with foreigners. The majority of the buildings here are still crumbling and the utility wires are haphazardly set up in a way that can’t possibly be safe or efficient. But this is how life works in this part of Hanoi.

A few times I found myself eating in busy open air restaurants with walls that were covered in dirt, most probably from the constant traffic exhaust. I often drank at the local Bia Hoi that was obviously unsanitary, but I figured the beer killed the bacteria on the glasses and I didn’t dare eat the dog meat stew that I was offered by the locals as we drank our 33-cent Hanoi beer. I met up with a friend I made through social media a few months before I traveled to Vietnam — she happened to be traveling home to Hanoi at the same time I was visiting. I was introduced to other parts of the city that I still can’t name because I was never told where we were heading when we jumped into taxis or on the back of a motorbike. We wandered through alleyways between dreary Soviet-era apartment blocks with rusting metal bars on windows and paint that faded to grey decades ago (assuming the paint ever existed). We ate in the courtyard surrounded by such buildings and I felt I was finally eating an authentic Vietnamese meal that I hoped wouldn’t make me sick for the lack of sanitation.

I was then taken to a friend’s apartment in another area — she received phone calls throughout the day from friends she hadn’t seen in years, and I decided to tag along to meet more locals. My friend being part of the better educated 20-somethings in Vietnam, I expected to meet more of the same who might enlighten me about life in the country. Aside from my friend, only one other in the group of five spoke some English, so I was left out of almost all of the conversation.

To reach her friend’s apartment, we walked through a maze of alleys surrounded by construction sites until we reached a dark stairway. The apartment was the size of a large bedroom with mismatched wrapping paper and posters used as wallpaper that probably covered cracks and mold. A flimsy mattress was spread out on the floor in the back corner of room and served as a bed as well as seating for guests.

There was one large window with bars on it, but no glass or screen to keep out insects and only a thin sheet to cover it for privacy. There was a single outlet that led to an outdated power strip next to the makeshift stove and propane tank. The dark and dirty toilet was down the open hallway — two stalls that required buckets of water to flush. I didn’t ask where the shower was for fear that it was the same room and require buckets of cold water.

The ceiling was an entirely new sight for me. It appeared as though someone had torn off the original roof, leaving uneven exposed-brick walls that were topped off by a patchwork of sheet metal, which left large gaps between the walls and makeshift ceiling. No part of this apartment would be considered livable in the developed world. Despite the lack of what many would consider necessities, the young woman who lived here had a job and even a smartphone. I didn’t know the circumstances that brought her to such a place.

This bare-bones apartment was enough to make me appreciate the places I have lived. Even the “hotel” in which I stayed the first night in Hanoi — the one I checked into and immediately walked out of at 10 pm in search of new accommodations for the following day–was a huge step up from this room.

I didn’t say anything about the room to my friend — it was the only home in Vietnam to which I was invited and had nothing with which to compare it. No one in the group seemed to think this room was undesirable as they chatted and shared a meal while seated on the bedding. I have since been shown pictures of other Vietnamese friends’ homes and realize that the one I visited was not typical.

It is difficult for those of us who grew up in the developed world in a house with functional plumbing, electricity, and a backyard to comprehend the lifestyle of those who survive in such harsh conditions. It’s still difficult for me to understand, even after hearing lively conversations and seeing the smiles of people who call this home. I may never understand it, but I will remember it anytime I feel my own life is difficult.

What have you seen while traveling that changed your perception of life?