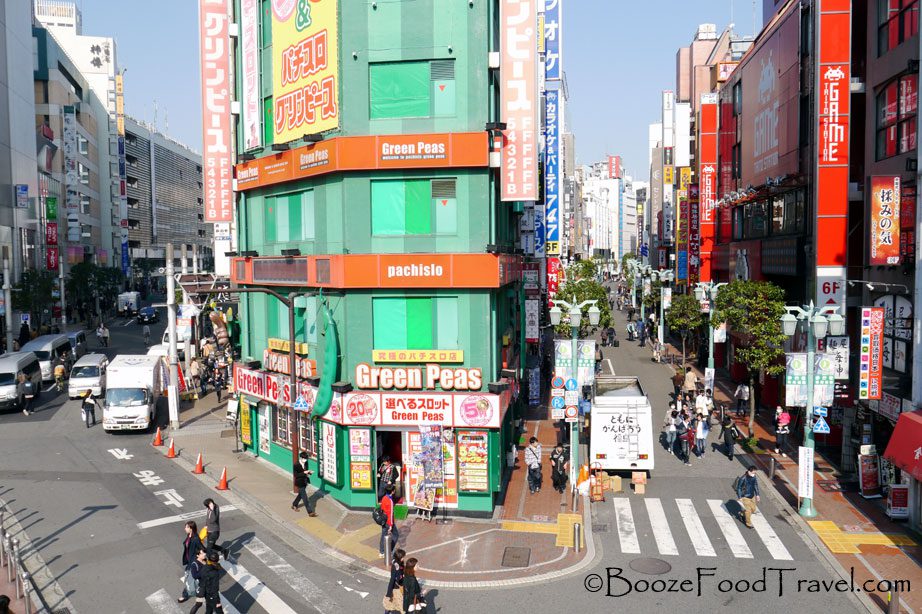 I’ve been working on the theory that birthdays abroad don’t count. I like this theory because I’ve now celebrated six birthdays abroad (one in London, four in China, and now one in Tokyo). It might explain why a lot of people guess I’m six years younger than I really am.

Since my birthday was midweek and I had to work, I had little celebrations throughout the week, including the prior and following weekends. Unfortunately, even though I’ve met quite a few people and had pleasant conversations since arriving four weeks ago, I haven’t been able to see most of my new acquaintances more than once. This left me with a rather lonely birthday celebration–I didn’t take my own advice about seeking out at least some small bit of an expat community. As I don’t have a mailing address, I also couldn’t receive any birthday cards.

The weekend before my birthday included a trip to Enoshima and a day at Shinjuku Park.

During the week, I took a bike ride to an onsen (natural hot spring) that was just down the street from my apartment in Kakio. The onsen was a little confusing because I didn’t know where I was supposed to go or what to do–nothing was written in kanji characters that I recognized and no one spoke more than a few words of English. After settling into one of the pools, I found that the pain in my back and neck that had bothered me since my 16-hour flight from Newark was gone (work has since brought that pain back and I might need to return to the onsen).

The onsen had multiple pools–two hot tubs and cold water tub inside and multiple natural hot spring pools outside, plus a sauna (after feeling like my skin might burn off in the sauna in Iceland, I skipped that). There were also benches and heated flat bed areas to sort of cool off. For anyone unconcerned about nudity, the onsen is a great relaxing experience (assuming you know where you’re going). And don’t forget to bring your own towel.

On my actual birthday, I headed for a new restaurant by the train station. It took me quite a while using Google translate on my phone to figure out a few things on the menu. By the time I figured out a few things, another diner approached me to offer some assistance. He even called over the waitress to order for me. Then I was given my first birthday present without mentioning that it was my birthday–another diner sent over a glass of cold sake (who am I to turn down a free drink?).

After dinner I headed out to a little cafe that I’d been to a few times before–the owner is very friendly and speaks a little English, as do some of the other customers. I was treated to a nice surprise–the cafe had new imported beer, and the owner was excited to show me. I had no idea this existed, but Costco apparently has its own Kirkland Signature beer (outsourced to a brewery in San Jose, CA). The owner wasn’t as pleased when I explained what Kirkland was, but I still ordered a couple–the IPA and amber–and they were pretty good beers.

To end my birthday week, I moved to the next train station, Shinyurigaoka, which has much more to do than Kakio. This apartment was provided by the same Airbnb host as my previous apartment for the same price, but it’s much quieter and more comfortable. My host was also kind enough to treat me for dinner after taking me to the new apartment.

Despite not really knowing anyone in Japan, my birthday turned out alright. Now I have to figure out what to do for Thanksgiving–I requested the day off from work a little late and couldn’t find anyone to cover for me, so I’m stuck working. Plus, all the events I’ve seen are at least an hour away, which would make it difficult to enjoy dinner before rushing back home.

How do other people celebrate their birthdays on the road, especially when not traveling with family or friends?